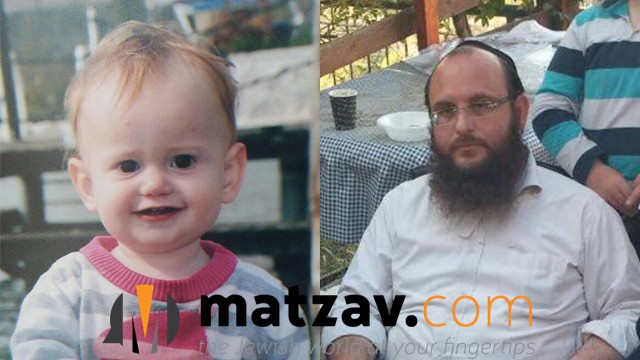 R’ Yedidya Feldman, whose daughter, Chana Rina, aged one year and four months, died on Erev Shabbos after being forgotten in a car by her father for about 90 minutes in the city of Beitar Illit, described yesterday the feelings of guilt that overwhelm him from day to day.

“I have waves of a constant storm of emotions. There’s a constant battle between the brain and emotion. The heart speaks of deep feelings of guilt, the heart is exploding and is shattered, but the brain understands that this is a human failure that can happen to anyone, and is ingrained in all of us,” Yedidya told Ynet News.

“These struggles are difficult for me,” he continued. “They moves between the life that was taken from me to the new life – and I want to go on for the sake of my wife and children. I have unbearable feelings of guilt in me that scream to the skies. I very much hope that in the struggles between the pained heart and the brain that tells (us) to go on and bring about new life, the brain will win.

“I remember after the levayah I saw the comments the were written, and some were very severe,” Feldman said. “Without the family’s support, I would not have made it through those days. I owe them a lot.

“I have taken on, privately and publicly, the task of dealing with the matter and leading an effort to pass legislation. Divine providence has brought this tragedy upon me and forced me to act on the matter in the face of society.”