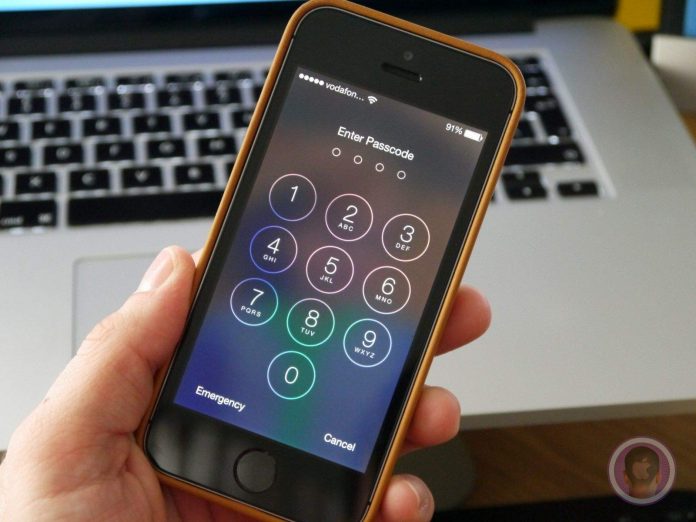 The FBI is unlikely to try to make a federal legal case out of a locked iPhone used by a lone Texas gunman who fatally shot more than two dozen churchgoers two weeks ago, according to U.S. officials.

Some officials at both the FBI and the Justice Department are itching for a fresh confrontation with Apple over the issue of encryption, but overall federal law enforcement officials believe the Texas phone will not provide a new test case to try to compel the tech company to unlock it.

Some Trump political appointees at Justice have expressed hope that the Texas case could provide the victory that eluded them in the department’s last battle with Apple over the phone of a terrorist in San Bernardino, California.

But the circumstances are different in the Texas case. The shooter, Devin Patrick Kelley, appears to have acted alone, and there are no apparent links to international terrorism. In the San Bernardino case, the FBI found the perpetrators were inspired by the Islamic State and investigators were seeking clues to other plots that might be contained in one of the killer’s phones.

“We do have a role in supporting the locals, but it’s not in FBI’s wheelhouse to run this case,” said one law enforcement official, who spoke on the condition of anonymity because the probe is ongoing. “It’s more of a local investigation at this point.”

The probe is being led by the Texas Rangers, a law enforcement agency with statewide jurisdiction. The FBI is offering assistance.

Shortly after the shooting in Sutherland Springs, Texas, investigators tried to press at least one of the dead man’s fingers to the phone, hoping the ID Touch feature would open the phone, but the effort failed.

Since then, the phone has been sent to the FBI’s lab in Quantico, Virginia, to see if FBI specialists can figure out some way to access the data on it. While those efforts have not yet been successful, FBI investigators haven’t given up hope they can find a solution, said individuals familiar with the matter.

If the phone’s data remains locked away, the most likely outcome is that federal officials will let state prosecutors in Texas decide whether they want to pursue legal action against Apple, the individuals said.

Two days after the shooting rampage that killed 26 people, the FBI special agent in charge in San Antonio, Christopher Combs, said investigators “are unable to get into phone.” At that point, law enforcement had a warrant to search the phone, but had not reached out to Apple with a request for technical assistance.

The firm still has not received any such request, an Apple spokesman said on Monday.

Two days after Combs’ news conference, Apple received a search warrant from the Texas Rangers seeking data that might be backed up to Apple’s iCloud from Kelley’s iPhone from Jan. 1, 2016. The warrant, issued on Nov. 9 by a district court judge in Wilson County, directs Apple to provide anything that might have been stored on the firm’s servers, including photos, videos, contact information and iMessages.

Authorities also have obtained a warrant for access to a second device found in Kelley’s car, an inexpensive, push-button LG mobile phone, whose existence had not been previously disclosed. An LG spokesman declined to comment.

The San Antonio Express-News first reported on the search warrants.

“Maybe we eventually will find a way to access the data” Rosenstein said at a Baltimore event. “But it costs a great deal of time and money. In some cases, it surely costs lives. That is a very high price to pay. We need to find a solution.”