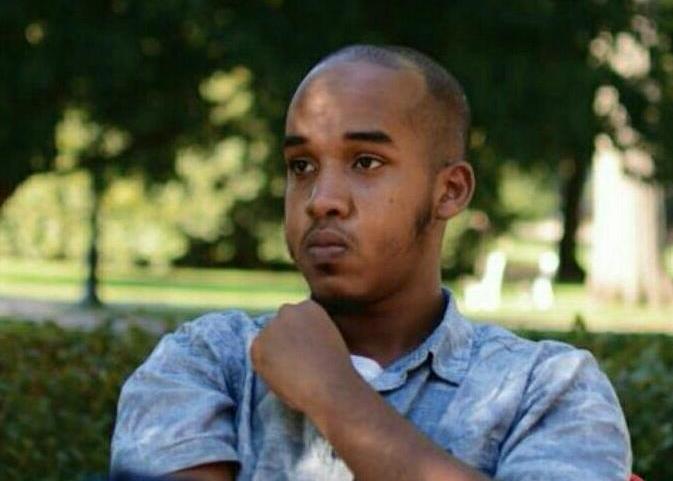 The FBI believes that the Ohio State University student who attacked a group of people using his car and a knife Monday might have been inspired by radical cleric Anwar al-Awlaki and the Islamic State, Special Agent in Charge Angela Byers said Wednesday.

On Monday morning, a man slammed a car into a crowd of students and professors gathered outside a building on campus, then got out and began slashing at people with a butcher knife. Within a minute, a university police officer shot and killed Abdul Razak Ali Artan, who was a junior at Ohio State. Eleven people were hospitalized, and the flagship state university was paralyzed Monday morning by a shelter-in-place order that kept people hiding, terrified, in classrooms and dorms.

The assertion marks the first time the FBI has said publicly that terrorist influences might have sparked the attack in Columbus, though law enforcement officials had previously told The Washington Post that the investigation was headed in that direction.

Artan is believed to have posted on Facebook shortly before the attack complaining about the treatment of Muslims and citing the radical cleric.

Law enforcement officials believe that Artan was radicalized online, especially by the sermons of Awlaki.

“It certainly appears that he was radicalized online,” said Rep. Adam Schiff, D-Calif., who was briefed by law enforcement officials Wednesday. Shortly before the attack, Artan referred to Awlaki as “our hero” in a post on Facebook, U.S. officials said. Awlaki was killed in a U.S. drone strike in Yemen in 2011. He also expressed disdain for more moderate Islamic clerics, urging people to ignore “celebrity scholars who have sold their deen (religion).”

Artan’s family members had not noticed any signs of radicalization, Schiff said. “Either he kept it very quiet or there was something that moved him very quickly from being a consumer of radical propaganda to acting out violently. What set him off we don’t know.”

This might just be another case of “an alienated young man who is seeking meaning in his life, and is seeking something to belong to, and is attracted by this virulent and violent Awlaki propaganda,” Schiff said.

Marielle Harris, a research analyst at the Counter Extremism Project, which tracks radical jihadi sites, said Artan’s praise for Awlaki and disparagement of other imams suggests he has spent a fair amount of time watching Awlaki’s videos and had adopted Awlaki’s rhetoric. His post also contained a line: “Stop the killing in Burma.” That was a reference to the oppression of the Muslim Rohyinga minority in Burma, whose population is majority Buddhist. That, Harris said, is an effort to “propagandize a current conflict” and spur “young disillusioned” Muslims to carry out attacks to avenge perceived mistreatment.

Byers said investigators had interviewed dozens of Artan’s family members, co-workers and neighbors, and they had conducted a detailed analysis of various electronic devices and social media accounts he used.

She said investigators were “not aware of anyone else being involved in the planning of this attack,” though they were still working to put together a more detailed timeline of his travel and assess when, and to what extent, he had planned the incident.

Columbus police said Artan had purchased a knife on the morning of the attack, though it was unclear if that was the one he used.

“That is one thing we’re really trying to work on is the motive and when he came up with that plan,” Byers said.

Columbus Deputy Police Chief Richard Bash said there was no indication that Artan knew anyone in the group he attacked.

Awlaki was an American-born cleric who was a top leader for al-Qaida in Yemen. He was killed in a drone strike there in 2011, but his rhetoric continues to live on. His teachings have been referenced in several terrorist attacks, including the Fort Hood shooting in 2009 and the Boston Marathon bombing in 2013. Authorities have said the Orlando, Florida, gunman and one of the attackers in San Bernadino, Calif., had viewed Awlaki’s lectures, and his name was found in the journal of the alleged Chelsea bomber.

Byers said Artan was a Somali refugee who had come to the U.S. by way of Pakistan, but investigators had not found evidence of actual connections to or direction by terror groups abroad. Artan told a student journalist for the Lantern in August that his family fled war-torn Somalia when he was about 10 years old and that he had lived in Pakistan for several years before coming to the United States in 2014 as a refugee.

President-elect Donald Trump said Wednesday morning that the attack came at the hands of “a Somali refugee who should not have been in our country.”

After graduating from Columbus State Community College in the spring, Artan transferred as a junior to Ohio State this semester. He told the Lantern that he was afraid to pray publicly at Ohio State, scared that anti-Muslim sentiment was too strong.

At a panel discussion on homeland security issues Wednesday, Homeland Security Secretary Jeh Johnson said the investigation is ongoing, but so far there is no evidence of official links or official communications between Artan and terrorist organizations. He said Artan appears to have been “self-radicalized.”

“The FBI and others are combing through every piece of evidence that we can find by this individual right now,” Johnson said.

Johnson said these types of attacks, including the ones in San Bernardino and Orlando, are what keep him up at night. The intelligence communities are much more adept at identifying large-scale attacks than they were in 9/11.

But the U.S. continues to struggle to identify “homegrown” violent extremists.

“That is the most prevalent threat that we face right now,” Johnson said.

Columbus police revealed a few new details Wednesday of an Ohio State University police officer’s encounter with Artan. Bash said the officer, Alan Horujko, ordered Artan to drop his knife more than once, and the officer’s gunfire struck a bystander in the foot.

On Tuesday, the official news agency of the Islamic State called Artan a “soldier” of the terrorist group, according to an organization that monitors extremists. That does not necessarily mean that Artan was directed by the militant group, which often claims responsibility for attacks which it didn’t plan or implement.

Earlier this month, the Islamic State issued instructions about using vehicles and knives as weapons, said Rita Katz, executive director of the SITE Intelligence Group. And, she predicted, such attacks are likely to continue.