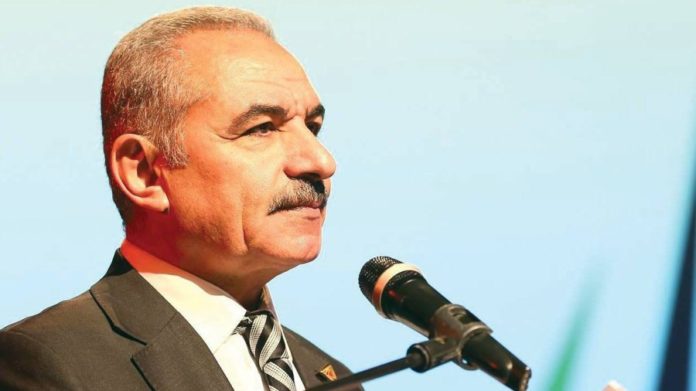 At least four Palestinian banks are refusing to cooperate with the Palestinian Authority to distribute salaries to terrorists and their families, Israel-based research institute Palestinian Media Watch reported on Monday.

According to PMW’s head of Legal Strategies Maurice Hirsch, P.A. Prisoners’ Affairs Commission director Qadri Abu Bakr was quoted by Palestinian daily Al-Quds on Sunday as saying that the banks had canceled the ATM cards of these groups.

“The families of the martyrs, the wounded and the released prisoners can withdraw their salaries directly from the banks, and not via the ATMs … the ATMs no longer accept ATM cards from the aforementioned groups … they all must contact the banks directly in order to withdraw their salaries, which were deposited last week together with the salaries of the public sector employees,” said Abu Bakr, according to the report.

Abu Bakr said that the P.A. was working to resolve the issue as soon as possible, and demanded that the banks transfer the salaries and reinstate the ATM cards, according to the official P.A. WAFA news agency.

“The P.A. is monitoring the matter with the [P.A.] Prime Minister’s Office and the [P.A.] Monetary Authority in order to resolve this problem as soon as possible, and to force the banks to transfer the prisoners’ salaries until the establishment of the banking institution for the prisoners and martyrs,” he said, adding that “non-payment of the prisoners’ salaries constitutes a violation of the instructions of the Monetary Authority and the [P.A.] government, and opposes the agreement that was achieved in the past.”

In April, PMW sent warning letters to all the banks operating in the P.A. that under new anti-terror legislation promulgated by the IDF Military Commander for Judea and Samaria, any bank transaction connected to the payment of rewards for acts of terrorism was a criminal offense.

In response, P.A. Prime Minister Mohammad Shtayyeh ordered the creation of a committee to consider the issue and submit recommendations on how to proceed, according to official P.A. daily Al-Hayat Al-Jadida. As of yet, the committee has provided no recommendations, and in the meantime, the P.A. has decided to try and circumvent the anti-terror legislation by creating a new bank. However, that bank has not yet been established, according to Hirsch.