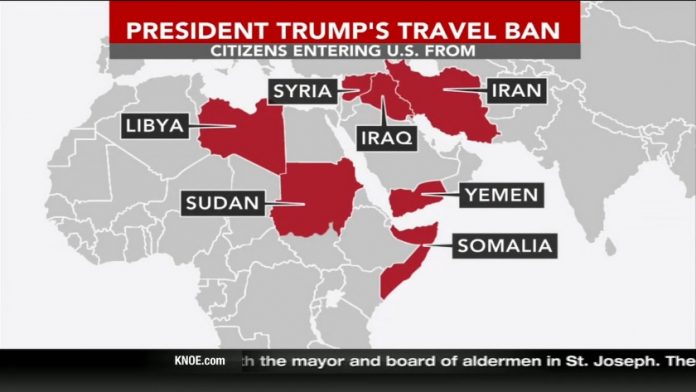 A West Coast federal appeals court upheld the freeze on President Donald Trump’s travel ban Monday, declaring that Trump had exceeded his lawful authority in suspending the issuance of visas to residents of six Muslim majority countries and suspending the U.S. refugee program.

A three-judge panel with the U.S. Court of Appeals for the 9th Circuit ruled against the administration unanimously. Their ruling is another blow to Trump – though the fate of his travel ban already had been destined to be decided by the Supreme Court after a different federal appeals court ruled against him in a separate case, and the administration asked the nation’s top justice to intervene.

Unlike other courts in the past, the three judges on the 9th Circuit did not dwell on Trump’s public comments. Instead, they ruled that Trump’s travel ban lacked a sufficient national security or other justification that would make it legal.

The court’s ruling is both practically and symbolically important.

While the U.S. Court of Appeals for the 4th Circuit already had upheld a separate freeze on Trump’s ban, that freeze did not apply to the portion of Trump’s order dealing with refugees.

The 9th Circuit was considering a freeze that did, and they concluded Trump had not provided sufficient justification to either temporarily suspend refugee admission or lower the refugee cap for fiscal 2017 to 50,000.

The opinion also clarified that the administration could conduct an internal review to assess vetting procedures.

That could be construed as a win for Trump: The appeals court said a federal judge in Hawaii was wrong to restrict his administration from conducting such a review. But it also forces the Supreme Court to act quickly if the travel ban is to be salvaged.

That is because the measure is supposed to be temporary – barring the issuance of new visas to residents of six Muslim majority countries for 90 days and suspending the U.S. refugee program for 120 days so officials could review vetting procedures. The Justice Department had argued that they felt blocked from conducting such a review by the Hawaii judge, meaning the clock had essentially stopped.

That clock will presumably now run again, and with a Supreme Court recess looming, the ban could expire before the justices reach a decision.
The opinion was authored by judges Michael Daly Hawkins, Ronald M. Gould and Richard A. Paez, all appointed by President Bill Clinton.