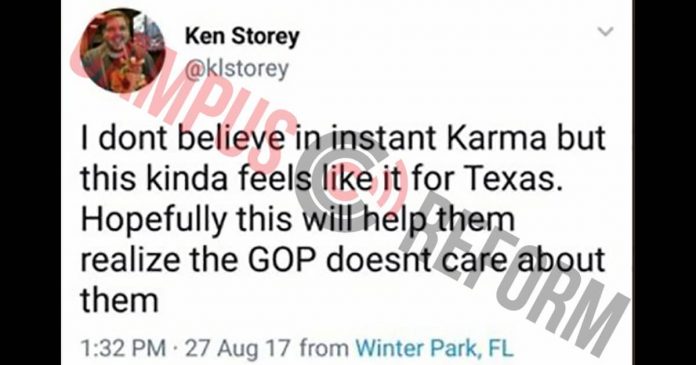 A visiting University of Tampa professor of sociology was fired Tuesday after he suggested in a tweet Sunday that Texans deserved Hurricane Harvey because of their support for President Donald Trump in the 2016 election.

Storey tweeted Sunday: “I don’t believe in instant Karma but this kinda feels like it for Texas,” according to Campus Reform. “Hopefully this will help them realize the GOP doesn’t care about them.”

Officials said other faculty in the sociology department would take over Storey’s classes. Read more at Fox News.