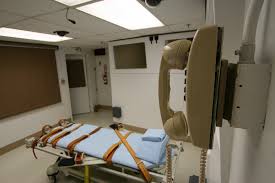 Attorney General Merrick Garland on Thursday announced a moratorium on federal executions, a shift from the Trump administration, which had resumed the use of the death penalty in federal cases.

Garland said in the memo that the Justice Department would also review its policies and procedures to make sure they “are consistent with the principles articulated in this memorandum.”

“The Department of Justice must ensure that everyone in the federal criminal justice system is not only afforded the rights guaranteed by the Constitution and laws of the United States, but is also treated fairly and humanely,” Garland said in a statement. “That obligation has special force in capital cases.”

The attorney general said that the internal review of DOJ policies will include “the risk of pain and suffering associated with the use of pentobarbital,” a drug used during the Trump administration for lethal injections, as well as changes made in November “that expanded the permissible methods of execution beyond lethal injection, and authorized the use of state facilities and personnel in federal executions.”