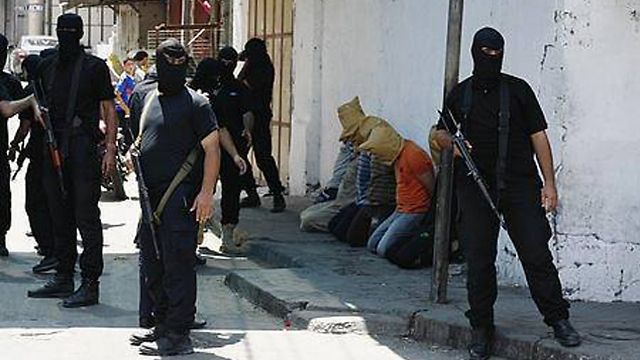 Fares Akram Hamas on Thursday executed three Palestinians it had accused of “collaborating” with Israel, the AP reports. The men were hanged at a police compound in Gaza City as dozens of Hamas leaders and officials watched.

The three were sentenced months ago and were not directly connected to the killing of a senior Hamas commander last month, but his death prompted their execution now.
{Matzav.com Israel News}