The young woman killed in an accident involving Yerushalayim’s light rail train system has been identified as 19-year-old Tamar Fenigstein, the daughter of the director of the pre-army preparatory yeshiva in Givat Shmuel.

Citypass, the operator of the light rail system in Yerushalayim released the following statement after Fenigstein’s death.

“At about 12:20 a.m., a pedestrian arrived at the train station near the Central Bus Station in Jerusalem. For reasons which are still unknown, the young woman fell from the platform, falling in between two connected train carriages of the light rail train while the train was moving. An MDA team which arrived on the scene declared her death. We are cooperating fully with police to investigate the incident. We send our condolences to the young woman’s family.” 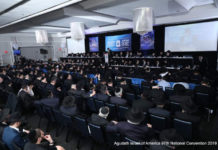 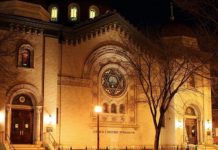 Suspect Arrested For Anti-Semitic Vandalism At Historic Sixth & I Synagogue 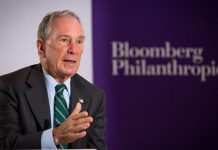