House Republicans on Monday asked the federal courts to intervene and force the Obama administration to turn over documents from the botched Fast and Furious gun-walking operation, escalating what had been a simmering constitutional crisis.

House Speaker John A. Boehner said President Obama and his team were ignoring a congressional subpoena – something the courts have long recognized as valid – and said lawmakers were left with no choice but to ask the third branch to referee.

“By stonewalling Congress and ignoring a contempt order, the Justice Department has left the House no choice but to take legal action so we can get to the bottom of the Fast and Furious operation that cost border agent Brian Terry his life,” Mr. Boehner said.

Terry was killed in December 2010 in a gun fight with bandits who had crossed the U.S.-Mexico border. Two of the weapons recovered at the scene were part of Fast and Furious, an Obama administration operation that was supposed to try to track guns being sold to Mexican cartels, but which lost track of the weapons, allowing thousands to stream across the border.

The operation was halted in the wake of Terry’s death, but left Mexican authorities enraged and members of Congress demanding to know more.

In a bipartisan vote in June the House held Attorney General Eric H. Holder Jr. in contempt of Congress for refusing to turn over documents the House had subpoenaed as part of its official investigation.

The administration first said it would try to work out a way to release the documents and said they didn’t show anything incriminating. But the White House later reversed course and claimed executive privilege prevented them from having to release the information.

Justice Department spokeswoman Tracey Schmaler said the House GOP chose to fight rather than work the matter out.

“We were always willing to work with the committee, instead the House and the committee have said they prefer to litigate,” she said.

Republicans have said they are trying to get answers in part on behalf of the family of the slain Border Patrol agent – and the family has called for more information to be released.

“This partisan lawsuit wastes taxpayer dollars and resources, and is a distraction from the urgent business before Congress: acting to create jobs and grow our economy,” she said.

She also repeated her claim that Republicans are using the fight against Mr. Holder in retaliation against his own push to halt GOP-led state laws designed to crack down on voter fraud.

Republicans on Capitol Hill want to know who approved the Bureau of Alcohol, Tobacco, Firearms and Explosives (ATF) operation in the first place, and they have rejected Obama administration assurances that it was lower-level staffers.

Read more at THE WASHINGTON TIMES. 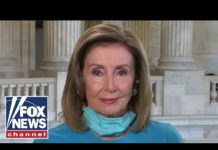