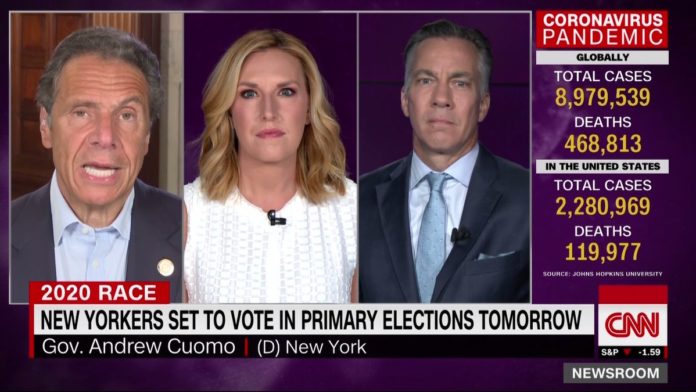 New York Gov. Andrew Cuomo on Monday suggested that President Donald Trump is expecting to lose the 2020 election and then challenge the results by claiming it was rigged against him.

Cuomo was asked by CNN’s Jim Sciutto if he was concerned that the president and attorney general are “creating a case to challenge the results of the election if they were to lose.”