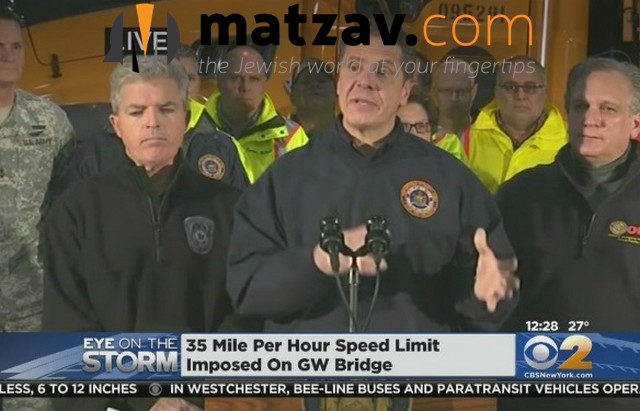 The New York metropolitan region is being pummeled by a massive blizzard, forcing Gov. Andrew Cuomo to issue a travel ban that impacts roads and railways.

All New York City roads, Port Authority bridges and tunnels and roads on Long Island were shut down at 2:30 p.m. today because of treacherous conditions. The travel ban will be in effect until 7 a.m. Sunday, Cuomo said tonight, 1010 WINS reports.

In a conference call with reporters tonight, Cuomo said keeping the ban in place until 7 p.m. will provide ample time for crews to clear the roads.

“It will give the emergency crew the entire night to continue their work cleaning the roads, and give the Port Authority the entire night to work on the bridges and the tunnels, and we believe at this time that at 7 a.m., we will be able to lift the travel ban across downstate New York,” Cuomo said.

The task of clearing the roads will be far easier once the snow slows down, Cuomo said.

“When the snow is coming down too quickly – roughly over 3 inches per hour – the plows can’t keep up with the snow. But we don’t think that’s going to happen tonight by the forecast. Therefore, we think by 7 a.m., the roads may be clear.”

But earlier, Cuomo said even though snow-fighting trucks were out in force, there is only so much they could do, WCBS 880’s Stephanie Colombini reported.

“The plows can’t keep up and the situation is getting worse,” Cuomo said. “Safety is our number one priority and right now, it is not safe for the general public to travel.”

Motorists in non-emergency vehicles caught on a banned road will receive a summons with the possibility of points on their license and a fine.

MTA bus service was suspended at noon due to the deteriorating conditions. It remains unclear when bus service would resume, 1010 WINS reports. 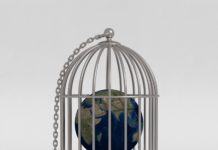 Fauci: US Likely Will Not Return To Lockdowns