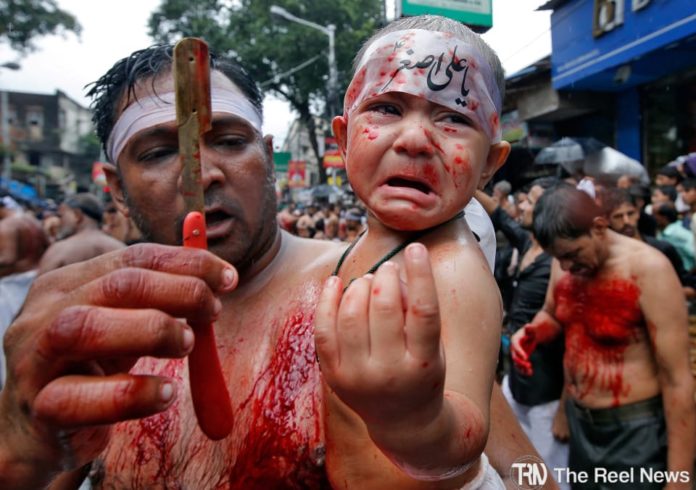 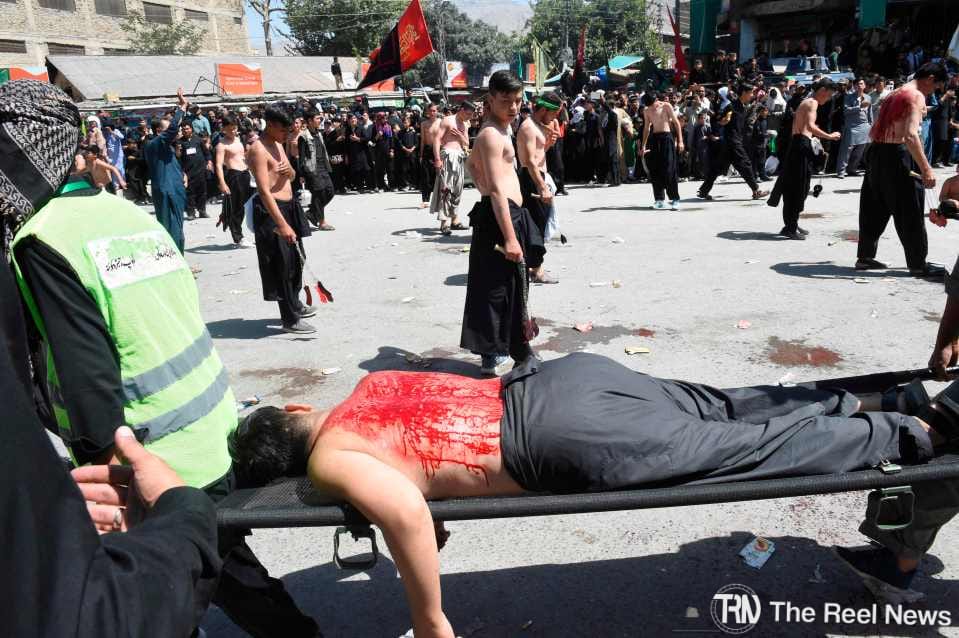 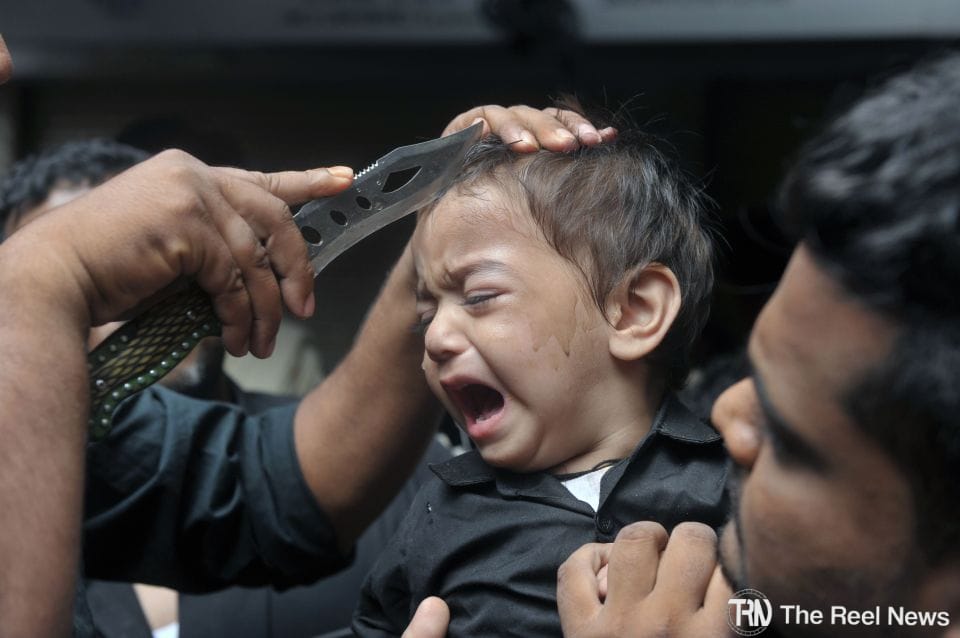 Images show devout Muslims using knives to cut open their heads during a traditional show of faith. Every year, thousands of Shia worshippers take part in the ceremonies, performed to mourn the death of Husayn ibn Ali, a grandson of the Prophet Muhammad. The anniversary is a national holiday in Afghanistan, Iran, Iraq, Lebanon, Bahrain, and Pakistan. They mark Husayn’s death at the Battle of Karbala, fought between Husayn and Yazid I on October 10 680AD to determine who should succeed the prophet as the leader of Islam.
The annual event is controversial for involving self harm, forbidden in Islam, and sometimes involving children. Many who take part in the practice believe it cleanses them of their sins. Others worry that the practice creates a negative image of their faith. Worshippers are instead encouraged to donate blood, with some communities organising donation drives with organisations like the Red Cross.