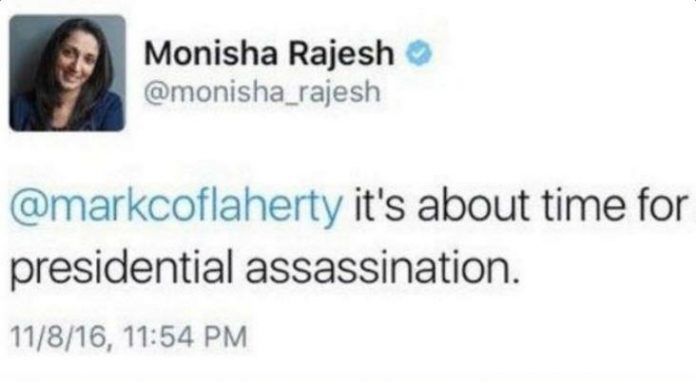 A journalist who called for Donald Trump’s assassination sparked fury and calls for her arrest last night, THE SUN reports.

Guardian writer Monisha Rajesh – who has also worked for the Daily Mirror and the Daily Telegraph – tweeted: “It’s about time for a presidential assassination.”

But she later shut down her account after coming under a barrage of online criticism over her inflammatory retort. One angry Twitter user hit out: “Has the @fbi investigated/arrested #MonishaRajesh. Time to put @guardian out of business for promoting assassinations and communism.”