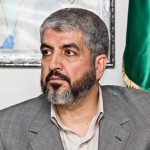 Hamas has denied rumors that its exiled leader, Khaled Mashaal, might be forced to leave Qatar following the expulsion of several top Muslim Brotherhood members.

Reports in the Arab media indicate that Mashaal is considering relocating to Tunisia, Turkey or Malaysia.

Nevertheless, a Hamas spokesman Ismail Radwan denied the rumors and said that relations between Hamas and Qatar were “passing through an extraordinary phase,” the Jerusalem Post reported.

Mashaal has been in Qatar since 2012 when he was forced out of Syria, where he had been based for nearly a decade, over tensions with Syrian President Bashar al-Assad regarding the civil war there.

The rumors of Mashaal’s possible exit come amid reports that several top members of Egypt’s Muslim Brotherhood were asked to leave the Persian Gulf state.