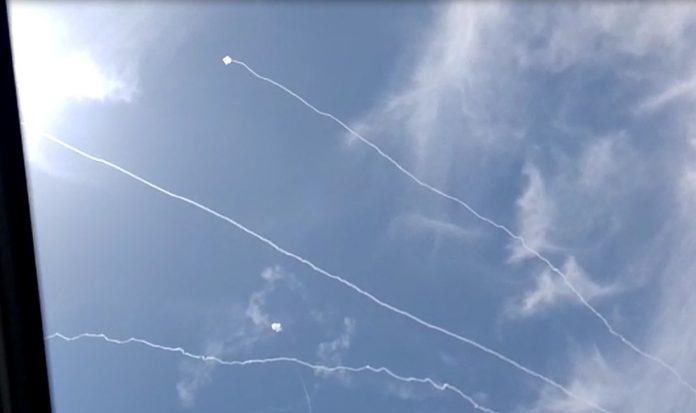 As tensions on Israel’s southern border have ascended to new levels in recent days, Hamas launched Monday morning a barrage of at least four rockets toward the Mediterranean Sea, Hebrew media reported.

Footage of the launch was posted online, with Palestinian residents seen cheering at the site.

Meanwhile, the incendiary attacks toward Israeli citizens living in the Gaza envelope continued on Monday.

Residents of Sderot heard three explosions from over their heads, reportedly caused by explosive devices attached to balloons that flew over the city.

Further, a field caught fire near Road 34, in the area of Kibbutz Erez caused by an incendiary balloon. In addition, a police bomb disposal expert demolished an explosive device that landed with a balloon in the town of Nir Moshe, adjacent to the Gaza Strip.