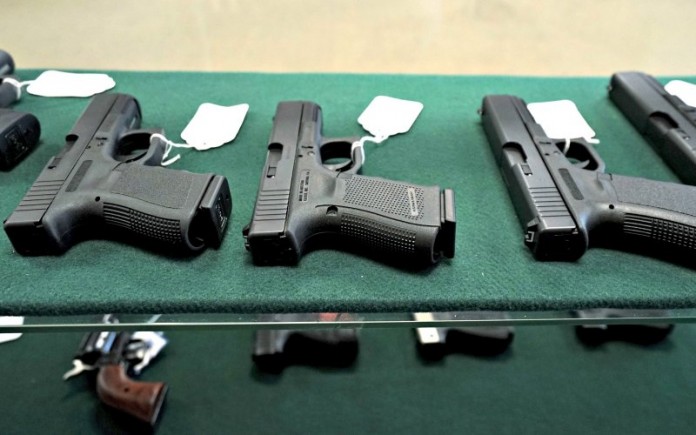 A visit to the doctor’s office often comes with the sort of personal questions not asked anywhere else except, perhaps, the depths of an online dating quiz: How much alcohol do you consume in a typical week? Do you smoke? Do you wear a helmet when you ride a bike?

Is there a gun in your house?

If that last query feels unusually probing, even for a medical exam, there’s good reason. The question is a bone of contention in states like Florida, where Gov. Rick Scott signed a 2011 law aimed at restricting doctors’ inquires about the firearms in their patients’ lives. Doctors who ask about guns, for their part, may fear finding themselves far afield from their comfort zones.

But those factors should not deter physicians from asking about guns, according to a report published Monday in the Annals of Internal Medicine, if they feel that line of questioning is warranted.

“Firearm violence is an important health problem, and most physicians agree that they should help prevent that violence,” wrote Garen J. Wintemute, a public health expert at the University of California Davis and co-author of the paper, in an email to The Washington Post. In the literature review, which doubles as a call-to-arms, the authors conclude it is neither illegal nor unreasonable to ask patients about gun safety.

“No federal or state law prohibits doctors from asking about firearms, counseling about their use, and — when there is imminent risk of harm — disclosing information to others who can help,” Wintemute said. Several states have mulled statutes similar to Florida’s, but none of the proposed bills have passed.

“Physicians seek to prevent important health problems at the individual and population levels,” Wintemute and his colleagues write. “They inquire and counsel-routinely in some cases, selectively in others-about a wide range of health-related behaviors and conditions. In certain circumstances, they disclose otherwise confidential information to third parties to limit the risk an affected person poses to others. Physicians generally do not do well at firearm related injury prevention, however. They ask infrequently about firearms and counsel poorly, if at all, though they are aware that the high lethality of firearms makes prevention efforts particularly important.”

A series of what Wintemute and his colleagues describe as “inflammatory” incidents prompted the Florida law — known officially as the Firearm Owners Privacy Act, and nicknamed “Docs vs. Glocks.”

During one such event, a Florida pediatrician declined to treat a mother of three after she refused to tell him whether or not she owned a gun. “I don’t tell them to get rid of the guns,” Chris Okonkwo, the pediatrician, told the Ocala Star Banner in 2010. Instead, Okonkwo said his goal is to provide advice, such as encouraging the parents of young children to keep guns locked in safes.

Regardless of a doctor’s intentions, the law created what many health-care providers perceive as an insurmountable barrier. Writing in the New York Times in 2011, the University of Miami’s Erin N. Marcus said that she is “no longer allowed to ask” routine questions about gun ownership due to the law. Groups of doctors sued to overturn “Docs vs. Glocks,” and in the 5 years since the law was passed, it has pinballed through appeals courts .

Although it may have been designed as a gag order, the law still leaves plenty of breathing room, Wintemute and his colleagues argue. When asked if doctors in Florida are completely forbidden to ask about guns, Wintemute said in his email, “that concern exists but is not justified by the laws on the books.” The law makes allowances, as the new paper notes, for doctors who believe that questions about firearms are “relevant to the patient’s medical care or safety, or the safety of others.” What is “relevant,” however, remains open to interpretation. Doctors who violate the law risk losing their license.

Wintemute and his colleagues provide guidelines about the relevant circumstances that they feel should catalyze questions about guns. Older white men are at the highest risk of suicide by firearm — about eight times more likely to shoot themselves than be shot, as The Washington Post reported in October. Conversely, the chances of young black men dying from gun homicides are six times higher than death via gun suicide. If there are risk factors for violence, the authors say — such as substance abuse disorders, for instance, or certain mental illnesses — asking patients about firearms may also be warranted.

Specifically they write, firearm questions may be appropriate:

When a patient “provides information or exhibits behavior suggesting an acutely increased risk for violence, such as explicit or implicit endorsement of suicidal or homicidal intent or ideation.”

When a patient possesses “other individual-level risk factors for future violence,” including a “history of violence perpetration,” treatment for “violent victimization” in hospitals, alcohol abuse and drug abuse in some circumstances.

When a patient is mentally ill, which is “very strongly linked” to “self-directed violence.”

The study also suggests that sometimes questions about firearms may be appropriate even when the patient is not a firearm owner, “given that risk for victimization may extend to all household members.” For example, “firearm-related questions would be appropriate if a patient’s intimate partner exhibited violence and abused alcohol.”

Major physician organizations agree. Doctors “should not shirk their responsibility” to educate patients about firearms, wrote Steven E. Weinberger, chief executive of the American College of Physicians, in an editorial accompanying the recent review paper. With some 33,000 deaths from gunshot wounds in 2014, guns have become a public health issue.

It is reasonable for doctors to talk to parents of young children about guns, too, according to the American Academy of Pediatrics. An estimated 2 million children live in homes with improperly stored or unsecured guns, wrote two pediatricians in The Washington Post in April. When young children fire guns, such events can end in tragedy, including the 26-year-old woman who was recently killed by a toddler.

To be effective, doctors need to do more than simply ask questions, Wintemute said — they should familiarize themselves with gun safety. “Physicians are reluctant to provide information or give advice on topics they don’t feel they’ve mastered,” he pointed out. Many “don’t know enough about firearms and the benefits and risks of owning them.” He hopes the Annals report, with an exhortation to offer nonjudgmental counsel on proper gun storage and other safety measures, will serve as a guide.

Doctors might hesitate to broach such a touchy subject, but Wintemute argues that the likelihood of patient resentment — although a possibility — is overestimated. “Most patients believe,” he said, “as doctors do, that this is an appropriate topic for doctor-patient conversations.”