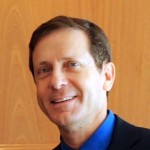 Opposition Chairman Isaac Herzog lashed out at Prime Minister Bibi Netanyahu for the incessant knife, vehicular, and shooting attacks being perpetrated throughout Israel.

Herzog told listeners at a Zionist Union meeting yesterday that rather than addressing terror, Netanyahu “has been inciting against Israeli citizens. This is an unprecedented low moral standard.”

While discussing the shooting attack that was committed on Dizengoff Street on New Year’s Day, Herzog described the current wave of terrorism as a third Intifada if a different kind to those thus far experienced.

He also added that the Dizengoff massacre was the first kind of attack characterized by tactics resembling those of ISIS and an attack that “demands a new strategy.”