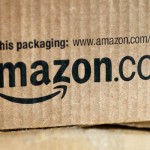 Assemblyman Dov Hikind (D-Brooklyn) is urging people to shop anywhere but Amazon this holiday season. Hikind is putting out this message in light of Amazon’s insensitive use of Nazi Germany and Imperial Japanese insignia all over the MTA Times Square shuttle train to promote one of their television shows.

“We live in a society where anything goes, with no regard to the shock value. This PR campaign by Amazon is incredibly offensive and insensitive. Amazon knows exactly what they are doing. The pain they are causing by plastering the subway with Nazi regalia is disgusting. As the joyous holiday season approaches and people buy gifts for Chanukah and Christmas, I urge everyone to spend their money elsewhere—don’t buy from Amazon. Buy whatever you want, but at least once this season, say no to Amazon. Make them your last choice.”

To promote their television show Man in the High Castle, Amazon has blanketed symbols of Nazi Germany and Imperial Japan across buses, subway trains, and online ads.