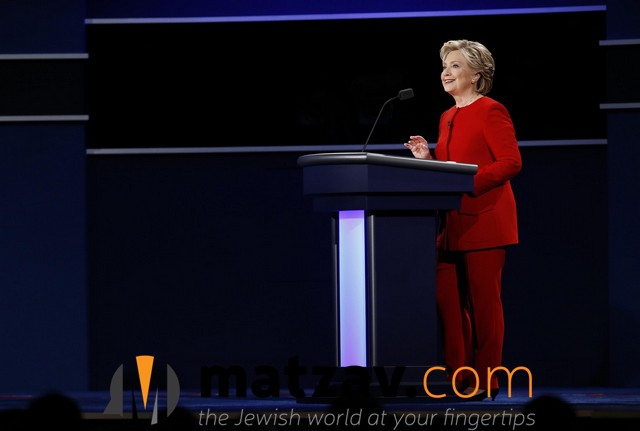 Hillary Clinton returned to public life in Washington on Friday, giving a speech at Georgetown University about the role of women in the peacemaking process in Colombia and around the globe.

Her message was all on-point, but we couldn’t help but detect just a soupcon of shade directed at her onetime campaign-trail rival, President Donald Trump, and to the critiques of her own presidential campaign.

As Clinton, who was giving out an award named in her honor by the Georgetown Institute for Women, Peace and Security, described how women’s involvement in negotiations to end conflicts is proven to help ensure they succeed, she added this aside: “Here I go, talking about research, evidence and facts.”

That was, apparently, a reference to the frequent criticism of her presidential run – that she often relied on the dry stuff while Trump played to voters’ emotions.

A less oblique dig at Trump came a few moments later. “Women are not inherently more peaceful – that’s a stereotype,” Clinton said. Then a beat. “That belongs in the alternative reality,” she said – a seeming invocation of White House aide Kellyanne Conway’s “alternative facts.”