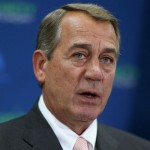 A top confidant to Hillary Clinton bashed House Speaker John Boehner as “alcoholic,” “lazy” and a weak leader in a blistering email sent the night House Republicans were swept into power in 2010 by the tea party.

“He is louche, alcoholic, lazy, and without any commitment to any principle,” Sidney Blumenthal wrote to Clinton, who was then secretary of state, The Hill reports.

Boehner was elected speaker after that victory. He is now in his third two-year term.

“His hold is insecure,” Blumenthal said. “He is not [Newt] Gingrich, the natural leader of a ‘revolution,’ riding the crest into power. He is careworn and threadbare, banal and hollow, holding nobody’s enduring loyalty.

“Boehner is beholden and somewhat scared of his base. He twitches when they make gestures that might undermine his position. His impulse is to hand out money.”

In response, Clinton only said, “Thx, as always, for your insights.”