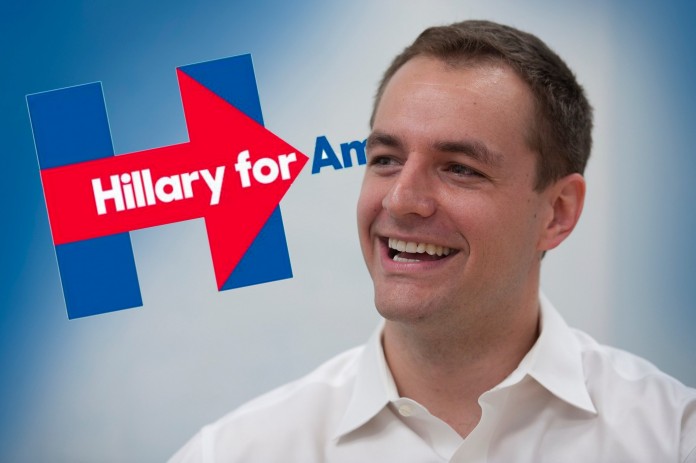 Monday’s dump of hacked emails released by Wikileaks from the account of Clinton campaign chairman John Podesta reveals that Hillary Clinton Campaign Manager Robby Mook said Hillary should avoid mentioning Israel at “public events” during her fight for the Democratic nomination and that senior members of her campaign team agreed that Clinton should only mention the Jewish state when “she’s with donors.”

Haaretz reports on the dump, stating that on May 17, 2015, during a group discussion between senior campaign advisers, Jake Sullivan, Clinton’s top foreign policy adviser, wrote that he “would add a sentence on standing up for our allies and our values, including Israel and other fellow democracies, and confronting terrorists and dictators with strength and cunning.”

Mandy Grunwald, Clinton’s senior communications adviser, responded: “I though(t) this was largely for her TP (talking points) with public events not fundraisers. Do we need Israel etc for that?”

Sullivan replied: “We def (initely) need the etc. I think good to have Israel too.”

Joel Beneson, Clinton’s chief strategist, chimed in, asking: “Why would we call out Israel in public events now? The only voters elevating FP (foreign policy) at all are Republican primary voters. To me we deal with this in stride when an if we are asked about FP.”

Sullivan pointed out: “She was Secretary of State.”

Sullivan wrote: “I won’t fall on sword over Israel but we need more than climate in that paragraph.”

Clinton’s director of speechwriting Dan Schwerin suggested: “What about this as a base, and then she can drop in Israel when she’s with donors: Fourth and finally, we have to protect our country from the global threats that we see, from terrorists to dictators to diseases – and the ones that are still over the horizon. We have to assert confident American leadership to shape global events rather than be shaped by them. That includes taking on global warming and those who continue to deny that it exists. And it means always standing up for our allies and our values, especially our fellow democracies.”

Mook approved the approach, saying he was “fine w(ith) that, and Benenson agreed that it was “good.”