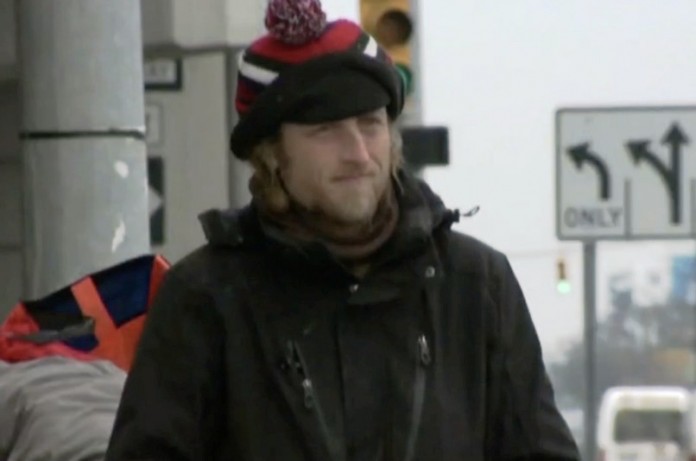 A Detroit homeless man has taken panhandling high-tech: He accepts credit cards on the 8 Mile highway overpass where he lives and created a website where he can be hired to work odd jobs, Elizabeth Chuck reports for NBC NEWS.

Abe Hagenston, 42, who goes by “Honest Abe” on his website, told NBC affiliate WDIV he has been homeless for about a decade. He takes credit card donations through Square, a credit card reader that connects to cell phones — although he said his phone has been stolen before.

His website, which he updates from the public library, has already helped him land some work. And Hagenston says it’s benefiting other homeless people, too.

Hagenston said his dream is to create an app that would identify fake panhandlers — and to run a non-profit for the homeless.

“I’m trying to turn this situation into something that will not only help me, but help others,” he said. “I’d like to see America start granting homeless people a real shot.”