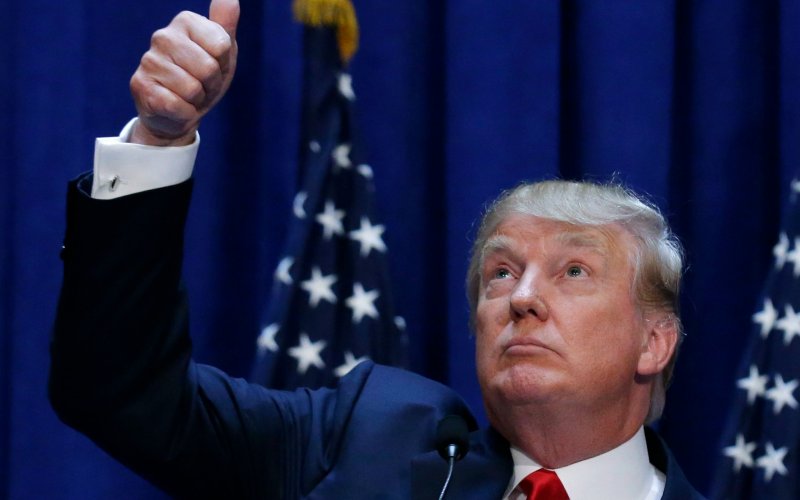 The House of Representatives passed Republicans’ sweeping tax overhaul today, sending the plan to the Senate and setting the stage for the bill to be signed by President Donald Trump as early as this week.

“This is about expanding opportunity to people who are striving to make the most of their lives,” House Speaker PaulRyan, R-Wis., said before the vote Tuesday. “We know in this country that we’re not reaching our potential. And we know one of the greatest things we can do to do that is to pass this tax reform bill”

Senate Republicans are planning to vote Tuesday night, and party leaders seemed to sew up the bill’s passage Friday when holdout Republican Sens. Marco Rubio, Fla., and Bob Corker, R-Tenn., pledged their support. Sen. John McCain, R-Ariz., is in Arizona battling brain cancer and is not expected to attend the vote, though he had previously said he supports the bill.

“Congress is standing at the doorstep of a historic opportunity,” said Senate Majority Leader Mitch McConnell , R-Ky., as he announced plans for the Tuesday night vote. “Here’s what we set out to do: Take money out of Washington’s pockets and put it pack in the pockets of middle-class Americans.”

Trump has for months pushed Congress to send him a tax plan by Christmas, and its passage would represent Republicans’ first major legislative victory since taking control of government in January.

The core of the tax plan, which was first unveiled in final form on Friday, is a massive and permanent cut to the corporate tax rate, dropping it from 35 percent to 21 percent. Other businesses would receive large cuts as well.

The plan would also cut individual tax rates for all income tax levels. The largest cuts would go to the wealthy, but, in 2018, nearly all Americans will see their income tax go down, according to a nonpartisan analysis of the final plan released Monday. Families earning less than $25,000 would receive an average tax cut of $60, while those earning more $733,000 would see an average cut of $51,000, according to the nonpartisan Tax Policy Center.

Many of the individual tax break are set to expire in coming years. Republicans set those expiration dates to comply with Senate limits on how much their bill could add to the national deficit, but they say a future Congress will extend them or make them permanent. Without that promised intervention, the measure would raise taxes on 53 percent of Americans by 2027, according to the center’s report.

The sprawling measure makes other major changes and would affect nearly every American business and household. It would restructure a complicated system of deductions, shrinking some and expanding others. The standard deduction, taken by many middle- and low-income households, would double, and a child tax credit would be expanded as well. Other provisions taxpayers use to reduce their bills, including a deduction on interest paid on new home mortgages and a provision allowing Americans to deduct what they pay in state and local taxes, would be shrunk.

The bill would also reduce the estate tax, a levy on inheritances paid only by the wealthiest estates. Under the bill, a couple could pass on up to $22 million in assets without paying the tax.

And it would void an Affordable Care Act requirement requiring nearly all Americans to obtain some form of health coverage or pay a penalty. The change is projected to reduce government spending by $300 billion over a decade but also eventually leave 13 million fewer people with health insurance.

Republicans have touted their bill as a middle-class tax cut and promised it would produce enough economic growth to boost hiring and workers’ wages, as well as create enough revenue to keep it from making any additions to the deficit.

The Joint Committee on Taxation, Congress’s official tax scorekeeper, projected an earlier version of the bill would add $1 trillion to the deficit over a decade, even when projected economic growth is taken into account. That figure would grow substantially if the individual tax cuts were extended, and Republicans predict they will be.

The JCT projected the earlier version of the plan would boost economic growth by 0.8 percent over a decade, far lower than the 3 percent growth Republicans on Tuesday promised their plan would unlock.

Democrats unanimously oppose the plan but lack the votes to block it in either chamber. The sidelined minority’s members have spent months bashing the plan as a giveaway to corporations and the wealthy.

“Today is a victory for the largest and most profitable corporations in this country who, despite record-breaking profits, will now see hundreds of billions of dollars in tax breaks at the expense of working families,” Sen. Bernie Sanders, I-Vt., wrote Tuesday in a post on Twitter.

Polling suggests the public is broadly skeptical of the plan. A CNN poll released Tuesday found only 33 percent of Americans support it, with 66 percent of the country believing it does more for the wealthy than the middle class.

But Ryan said he had “no concerns whatsoever” about the bill’s polling, arguing that public support would swing in favor of the package once they see their after-tax incomes rise.

“Results are going to make this popular,” Ryan said.