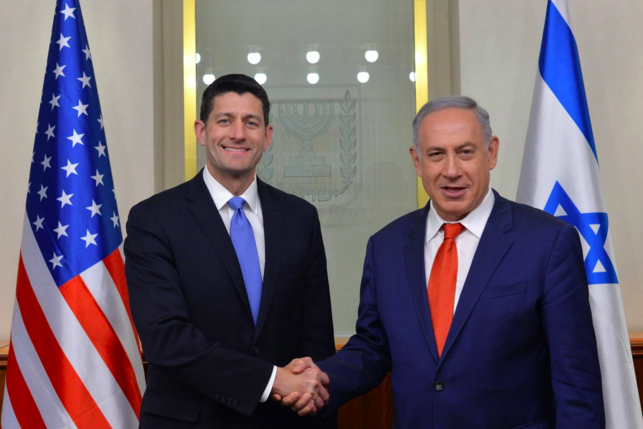 Speaker of the United States House of Representatives Paul Ryan (R-Wis.), while visiting Israel on Monday, said the U.S.-Israel alliance is “more important than ever.”

Ryan said that during his meeting with Israeli Prime Minister Bibi Netanyahu, the leaders discussed United Nations resolutions “and any problems they propose.” Past reports have suggested that President Barack Obama, who is in his final year in office, may attempt to pass a U.N. Security Council resolution on the stalled Israeli-Palestinian peace process. France, another permanent member of the Security Council, might present its own resolution on the peace process.

Ryan also met with his counterpart, Knesset Speaker Yuli Edelstein, and emphasized that he chose Israel as his first trip abroad as House speaker.

“I wanted to come to Israel first to emphasize how important the U.S.’s commitment to Israel and strong friendship with Israel is to us,” Ryan said.