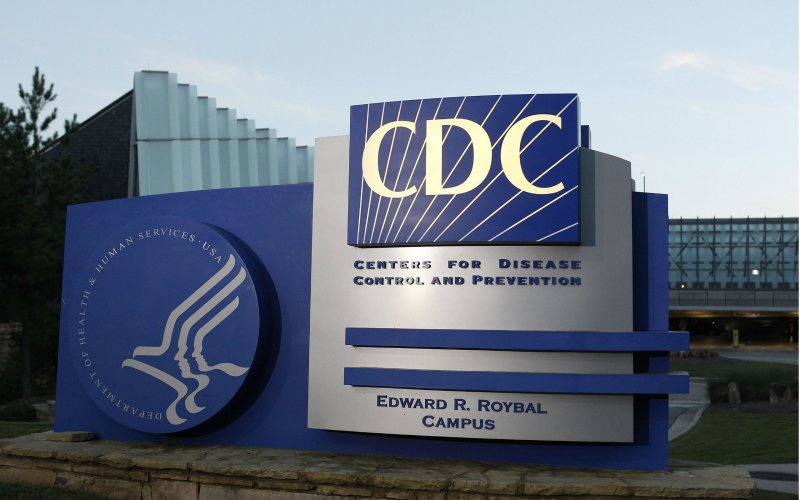 As stock markets plunge, travel is disrupted and new coronavirus infections are diagnosed across the United States, one question on everyone’s mind is how the outbreak is going to end.

No one knows for sure, but virologists say there are clues from other similar outbreaks in the recent past. Here are the three most relevant scenarios:

— Health officials get control of the coronavirus through strict public health measures.

When severe acute respiratory syndrome (SARS) first hit Asia in 2002, it was pretty scary – with a fatality rate of about 10% and no drugs shown to be effective against it. (The current coronavirus by comparison has an estimated fatality rate of 2.3%.) But within months, SARS was brought under control, and for the most part stamped out, by international cooperation and strict, old-school public health measures such as isolation, quarantine and contact tracing.

This would be an ideal outcome. But the difference is that SARS had more severe symptoms than the current coronavirus, so people went to the hospital shortly after being infected.

Cases of the current coronavirus will be harder to catch and isolate, said Stuart Weston, a postdoctoral virologist at University of Maryland. Weston is one of a small group of researchers who have received samples of the new coronavirus and are now studying it. Weston and other experts warn the outbreak in the United States and other countries is much more widespread than tracked because many people with mild symptoms don’t even know they have been infected.

– Coronavirus hits less developed countries, and things get much worse before they get better.

One of the grim lessons from the 2014-2016 Ebola outbreak in West Africa is how an epidemic can grow when it hits countries with weaker health infrastructures. This is why the World Health Organization and others have been putting so much attention on preparing countries in sub-Saharan Africa for the coronavirus, even though few cases so far have been reported there.

Compared to the coronavirus, Ebola was a less contagious disease, mainly transmitted by bodily fluids. The coronavirus by comparison can be transmitted in coughed and sneezed respiratory droplets that linger on surfaces. And yet Ebola infected more than 28,000 people and caused more than 11,000 deaths. Ebola is a much more lethal disease, and the outbreak was exacerbated by shortages of staff and supplies, poverty, delays by leaders and distrust of government.

WHO leaders have been trying to get countries to prepare. On Friday, the organization raised its assessment of coronavirus to the highest level. “This is a reality check for every government on the planet: Wake up. Get ready. This virus may be on its way, and you need to be ready,” said Michael Ryan, WHO’s director of health emergencies. “To wait, to be complacent to be caught unawares at this point, it’s really not much of an excuse.”

– The new coronavirus spreads so widely that it simply becomes a fact of life.

This is in essence what happened with the 2009 H1N1 outbreak. It spread quickly, eventually to an estimated 11 to 21% of the global population. The WHO declared it a pandemic, and there was widespread fear.

H1N1 turned out to be much milder than initially feared, causing little more than runny noses and coughs in most people. And H1N1 is now so commonplace, it’s simply seen as a part of the seasonal flus that come and go every year among the global population.

Early estimates on the fatality rate for H1N1 were much higher than the roughly 0.01 to 0.03% it turned out to be. Still, the CDC estimates that H1N1 killed 12,469 people in the United States during that first-year period from 2009 to 2010, infected 60.8 million cases and caused 274,304 hospitalizations. The true number is hard to ascertain because many who die of flu-related causes aren’t tested to see whether it was H1N1 or another flu strain. As context, the seasonal flu has killed at least 18,000 people in the United States so far this season, according to the CDC.

One reason H1N1 is a particularly good parallel, epidemiologists say, is because while it had a lower fatality rate than SARS or MERS, it was deadlier because of how infectious and widespread it became.

Not to be alarmist, but another possible parallel might be the 1918 Spanish flu, which had a 2.5 percent fatality rate, eerily close to what’s estimated for the coronavirus.

CDC calls Spanish flu “the deadliest pandemic flu virus in human history,” because of how it infected roughly one third of the world’s population and killed an estimated 50 million people worldwide. Spanish flu, however, differed in that it was deadly to young and old, while coronavirus has proven to be most lethal to the elderly and left young people relatively unscathed.

Also, Florian Krammer, a virologist specializing on influenzas, noted that the world was vastly different in 1918.

“We didn’t have the tools to diagnose diseases or antibiotics to fight secondary infections. Hospitals back then were places where you went to die not to get treatment. And In 1918, the world was at war. And a lot of the people infected were soldiers stuck in trenches,” said Krammer of Icahn School of Medicine at Mount Sinai. “That’s hopefully, not how this is going to play out.”Seasonal flu has killed at least 18,000 people in the United States so far this season, according to the Centers for Disease Control and Prevention.

Ultimately, how many people die of this new coronavirus depends on how widely it spreads, how prepared we are and what the virus’ true fatality rate turns out to be.

A few more key things will affect the coronavirus endgame.

If the coronavirus does indeed become ubiquitous like H1N1, it will be crucial to develop a vaccine. After the 2009 outbreak, experts developed an H1N1 vaccine that was included in flu shots people received in subsequent years. This helped protect especially vulnerable populations during following waves of infection.

In the more immediate future, however, anti-viral drugs may help, and labs around the world are testing their effectiveness against the coronavirus.

No one knows if the coronavirus is going to be affected by seasons like the flu, despite President DonaldTrump’s claims that it could “go away” in April with warmer temperatures.

“We’re still learning a lot about the virus,” said WHO epidemiologist Maria Van Kerkhove. “Right now there’s no reason to think this virus would act differently in different climate settings. We’ll have to see what happens as this progresses.”

Coronaviruses are zoonotic, meaning they spread from animals to humans. Experts believe SARS spread from bats to civet cats to humans. The deadly Middle East respiratory syndrome (MERS) in 2012 was probably transmitted from bats to camels to humans. With the coronavirus, no one knows what animals caused the current outbreak. And it’s a mystery scientists will need to solve to prevent it from repeating in the future.

So far, one prime suspect is a strange, endangered creature called the pangolin that looks like a cross between an anteater and an armadillo and whose scales are trafficked illegally.

“With SARS, once they figured out the animals responsible in China, they were able to start culling them from the live markets,” said Vineet Menachery, a virologist at University of Texas Medical Branch. “It’s like a burst water pipe. You have to find the source in order to shut it off.”