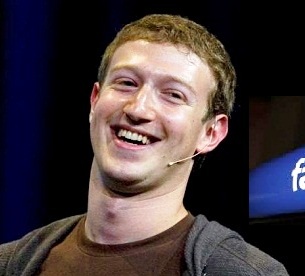 It’s well-known that Facebook paid a hefty sum to buy messaging app WhatsApp. But in the process, Facebook CEO Mark Zuckerberg apparently outbid a rival who had fallen ill, according to a new report in Bloomberg Businessweek.

Tencent, the maker of WeChat, was interested in buying WhatsApp in early 2014, a deal that would have instantly expanded China’s most popular technology platform. But co-founder Pony Ma got back surgery, delaying his visit to Silicon Valley to broker the deal, according to Bloomberg. California-based Zuckerberg ultimately offered double what Tencent planned to offer to buy WhatsApp, announcing the deal in February 2014.

The $19 billion deal turned heads at the time, when Zuckerberg said the deal materialized quickly over a dinner meeting in early February.

Bloomberg’s report doesn’t make clear if Zuckerberg knew about Ma’s intentions and condition, and Facebook was not immediately available to comment on the report. WhatsApp has more than 1.2 billion users every month who send more than 50 billion messages per day, Facebook said on its Q4 2016 earnings call. Read more at NBC.