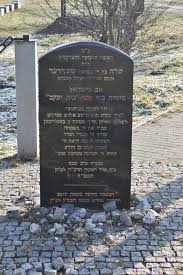 By Rabbi Yair Hoffman for 5tjt.com

They were a group of forgotten neshamos. An entire segment of Klal Yisroel that was neglected. No one cared about their chinuch. And, as a consequence of this wholesale neglect, many of them were lost forever to the beautiful vine that is Klal Yisroel.

But then, a young seamstress from Krakow in turn-of-the-century Poland, whose yartzeit is today, began to turn the Torah world upside down. Yes, upside down.

And seamstress Sarah Schnirer listened. She listened with empathy to her clients. Customers who told her tales of woe of their off- the-derech daughters. The winds of progress were blowing, and daughters of Israel were abandoning their birthright of Sinai in droves.

Boys went to Cheder. Girls stayed home or went to Polish public schools and were exposed to all the “ism”s in the world – communism, socialism, humanism, ad infinitum. Ad infinitum and and ad nauseam.

She writes in her diary:

“And as we pass through the days prior to the Yomim Noraim, fathers and their sons travel off to Ger, to Belze, to Alexsander and to Bobov. They travel to all those places that have become citadels of ruchniyus, led by the Rebbes.

Yet we stay at home, the wives, the daughters and the little ones. Ours is an empty Yom Tov. Ours is a fate devoid of Torah intellectual content. The women have never learned anything about the spiritual meaning that lies within a Yom Tov.”

Her words and actions struck a raw nerve.

Her opponents tried to stop her. It is said that when her detractors came to the Chofetz Chaim to sign a letter against her, the Chofetz Chaim exited the room and came back with a sum of money. He responded, “My thoughts are.. that she should be supported – please give her these rubles.”

Soon her support grew. The Gerrer Rebbe stood behind her fledgling movement. Moneys were raised. Summer programs were started. Sara Schnirer was focused, and she built.

“Frau Schnirer” was undeterred by any negativity, she had vision and a burning sense of achrayus. Reb Shmuel Deutschlander supported her efforts, as did Yehudis Rosenbaum. A building was rented at 10 Stanislawa Street. It was the top floor of a dilapidated tenement building. No matter. Soon schools were opened across the country – across the continent, and over the seas.

Tragedies struck. The Holocaust. Assimilation. Religious apathy. The holocaust brought on some serious religious challenges to the Sheris HaPleitah – those that survived the evil that was Nazi Germany.

But the movement grew.  It grew in Eretz Yisroel, the United States, and elsewhere too.  The movement not only grew, but it built Klal Yisroel.  It built the Torah homes that we all grew up with.  It created the Kollel movement.  It grew the Yeshiva world.

The accomplishments and vision of this one woman allowed the Torah world of the Tanaim to continue now, in a post-holocaust world.  It allowed the lessons of the Mishna to flourish.

The idea is perhaps best foretold in the words of Rabbi Akiva:  Sheli veshelachem shela.  Mine and yours ae on account of her.  Shetehei zichra brucha