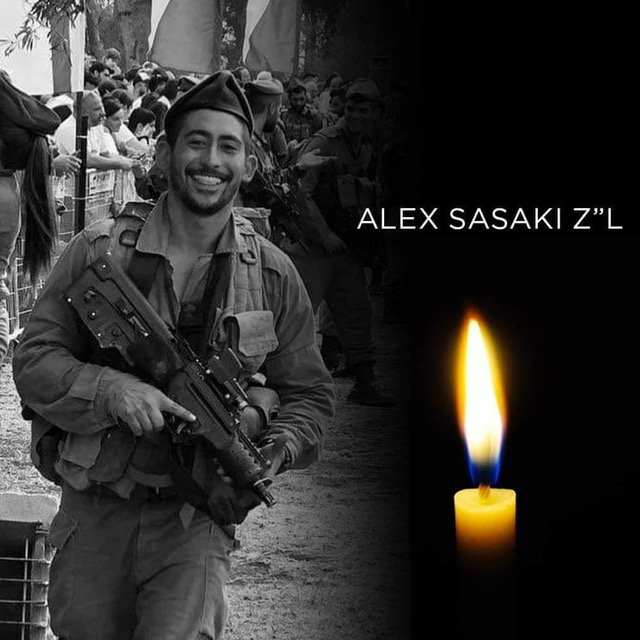 The Lone Soldier Center family were devastated to hear the news of the unfortunate passing of Alex Sasaki by suicide. His unit is on the border of Gaza and couldn’t attend the funeral this morning so they asked the public to join.

Corporal Alex Sasaki, originally from Laguna Beach, Califronia, volunteered to serve in the Israeli Defense Forces and was drafted to the elite Golani combat brigade.

Fearing people close to Sasaki would be unable to attend, his loved ones took to social media to ask the public to attend his funeral at 11:00AM at the Mount Herzl Military Cemetery in Jerusalem.

“Alex was a lone soldier, a warrior for our people and defender of Israel. Shelley, Steve and Kevin, we share in the loss of your amazing son, and our hearts break along with yours. Baruch Dayan HaEmet. May his memory be of a blessing.”