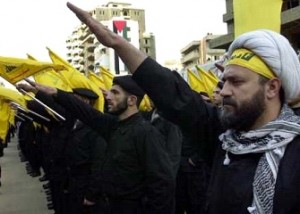 “Hizbullah may be in a complex place, because it is fighting in Syria and suffering losses, but we can’t ignore the fact the organization is also gaining combat experience,” Eisenkot said. He said Hizbullah has also been involved in the conflicts in Yemen and Iraq and has lost 1,700 of its men over the past three years.
“Hizbullah has close to 7,000 wounded and is facing quite a few problems in fighting as an organization trying to deploy battalions and bigger formations,” Eisenkot explained. The Lebanese terror group is also dealing with “serious financial issues, low morale, and the fact it lost two of its senior commanders in the last seven or eight years.”
{Matzav.com Israel}