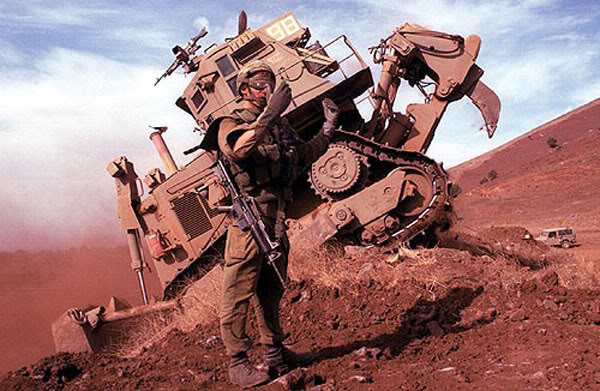 The IDF has begun a large-scale engineering operation to secure the Lebanese border against infiltration by Hezbollah terrorists into Israel, the Hebrew news site Walla reported on Tuesday.

According to the report, as part of the operation, members of the IDF Northern Command Combat Engineering Corps are digging trenches and erecting a fence around the seven-mile-long area of Har Dov (also known as the Shebaa Farms) — a strip of land at the intersection of the Lebanese-Syrian border and the Israeli Golan Heights. The activity was coordinated in advance with UNIFIL forces and the Lebanese Army, Walla reported.

In January, Hezbollah detonated a bomb near an IDF patrol on the Lebanese border — claiming it was a response to the assassination of notorious Hezbollah official Samir Kuntar in Syria the previous month. This sparked Israeli retaliation in the form of an artillery strike against an outpost of the terrorist group in that area.

In his will, Kuntar — who spent 30 years in an Israeli prison for the slaughter of a Nahariya family — asked that Hezbollah chief Hassan Nasrallah carefully plan the precise time and place to retaliate against Israel. He said Israel “deludes itself into thinking that by killing us it can drag the Resistance into a confrontation whose timing and place it chooses.”

Though Israel never confirmed its role in the killing of Kuntar, Western sources said that he had been preparing a major terror attack against Israel from the Syrian side of the Golan Heights.

As The Algemeiner reported earlier this month, in a recent television interview translated by the Middle East Media Research Institute, the head of the Hezbollah Executive Council warned that Hezbollah fighters would be capable of entering the Galilee region or “even further” during a future conflict with Israel.

However, as Washington, DC-based Lebanese journalist Hanin Ghaddar told The Algemeiner, both this and a bellicose anti-Israel speech delivered by Nasrallah — on the 10th anniversary of the 2006 Second Lebanon War — were intended to bolster the organization’s standing among Lebanon’s “disillusioned” Shiite community, rather than signal an impending war with the Jewish state.