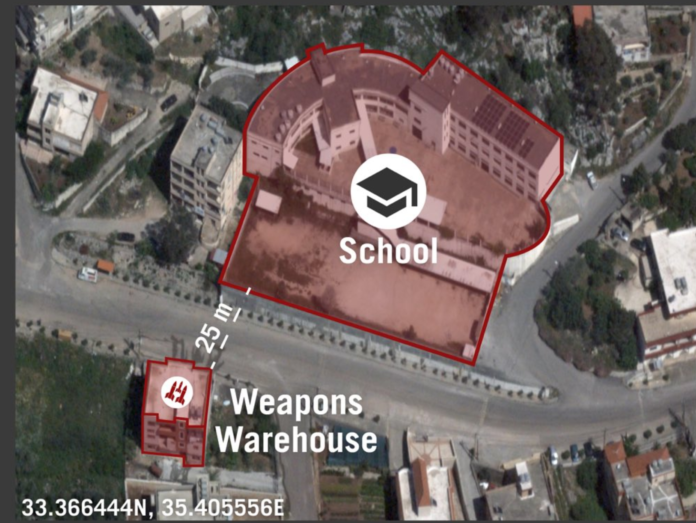 The Israel Defense Force (IDF) published Wednesday – the day after the 15th anniversary of the breakout of the Second Lebanon War – the coordinates of a building its intelligence identified as a weapons warehouse, approximately 25 meters from a school.

An IDF statement accused the Iranian Shi’ite proxy of deliberately utilizing civilian structures for what are effectively military uses. It added that Hezbollah intended to use the materiel in the weapons store against both IDF soldiers and Israeli citizens.

An IDF tweet showed an aerial shot of the alleged warehouse – and the 300-student school only 25 meters across the street.

The statement added that this was one of the thousands of similar targets, which by their positioning are intended to endanger the lives of innocent Lebanese citizens. The IDF said it would do all it could to avoid unnecessary Lebanese casualties but it would not hesitate to take out active targets.