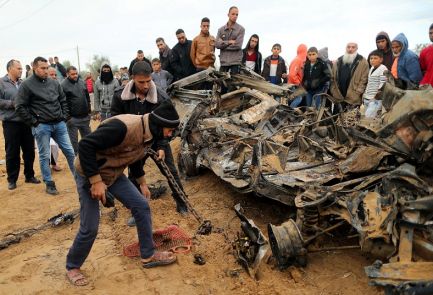 The Israel Defense Forces on Sunday revealed that the special forces officer who was killed in an operation in the Gaza Strip that went awry in November was hit by friendly fire from another member of his team.

The information was released following the presentation of the military’s investigation into the affair, which sparked a heavy but short-lived round of fighting, to IDF chief Aviv Kohavi last week, the army said.

The probe’s findings were a mixed bag, identifying a number of tactical errors and improper planning that led to the operation’s failure, alongside courageous actions by members of the special forces unit who took part in the raid that prevented a greater disaster, including by the officer who accidentally killed his comrade — who for security reasons can only be referred to by his rank and first Hebrew letter of his name, Lt. Col. “Mem” — with a stray shot.

Overall, Kohavi determined the operation to have failed in its stated mission.