IDF Lieutenant Bar Vaknin of the elite Givati Brigade declared on Sunday that he was saved by a miracle after being shot in the stomach by a Palestinian sniper on the Gaza border.

Speaking to the Hebrew news website Walla, Vaknin described the July incident. Standing on a sandy embankment, he fired several shots into the air to disperse a group of children near the border fence.

“I shot a few bullets into the air and … I felt they had fired at me, I felt an explosion in my stomach,” he said. “I remember everything, I was fully conscious until they brought me to the operating room.”

Vaknin was released to his parents’ home on Yom Kippur eve and is facing months of rehabilitation and physical therapy, but he wants to return to Givati as soon as possible. “I will do everything to return to my brigade,” he said, “even if they lower my medical profile.”

Speaking of his friend Aviv Levi, who was killed by a sniper just five days before Vaknin was shot, he said, “Aviv was a friend of mine, we were doing our job. No matter how many others are wounded, we will continue to do it.”

“A miracle happened to me,” he added.

A recording of Vaknin’s telephone call to his father after being wounded has also appeared in the Israeli media. In the recording he says, “Dad, I love you.” His father immediately panics before Vaknin tells him he has been wounded but “everything is fine.”

CBO: Coronavirus Pandemic Will Scar U.S. Labor Market For The Next Decade 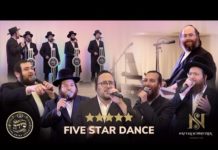