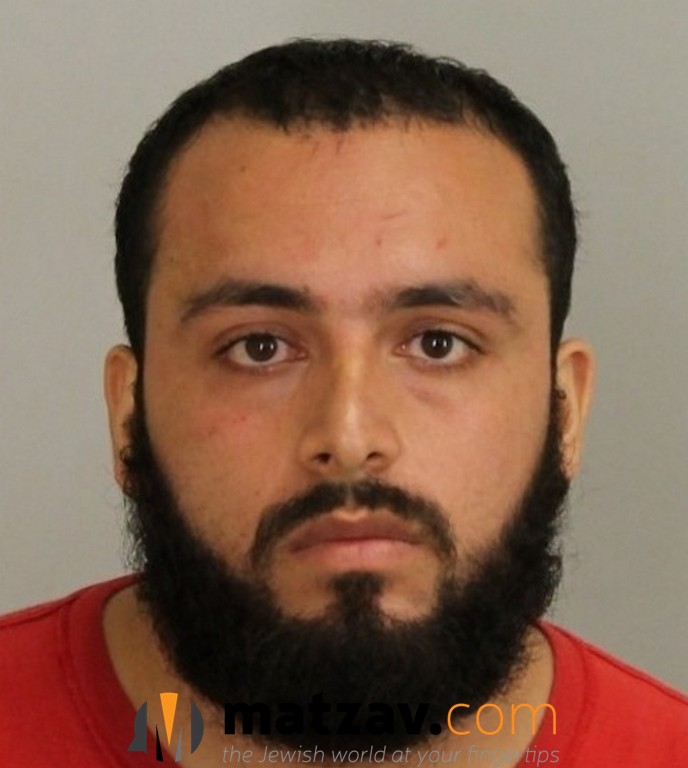 Federal prosecutors weighed additional charges today linked to the bombings in New York and New Jersey, even as investigators sifted through surveillance video and other clues seeking to determine whether the lone suspect – now in a New Jersey hospital bed – had wider links in plotting the attacks.

A day after a shootout with police that ended in the arrest of 28-year-old Ahmad Khan Rahami, there were no signs that the probe had expanded to other possible suspects or groups.

After Rahami was captured, investigators found blood-spattered papers on him that “contained a reference” to Anwar al-Awlaki, according to a federal law enforcement official who asked not to be identified discussing the ongoing investigation.

Awlaki, an American-born cleric who was a top leader for al-Qaida in Yemen, was killed in a 2011 drone strike, but his rhetoric continue to resonate online. His teachings have been implicated in numerous terrorist attacks, including the 2009 Fort Hood shooting, and authorities say the gunman in Orlando earlier this year and one of the attackers in San Bernardino, Calif., last year had viewed Awlaki’s lectures.

Rahami’s father told a scrum of reporters on Tuesday morning that he had previously called the FBI about his son, but he offered little detail before climbing into an SUV and leaving.

Authorities investigating the bombings in New York and New Jersey on Saturday say there is still significant ground to cover in learning how the one-time college student allegedly built the makeshift explosives and planned the targets in Manhattan and a beach town in New Jersey.

“Now that we have this suspect in custody, the investigation can focus on other aspects, such as whether this individual acted alone and what his motivations may have been,” said New York Police Commissioner James O’Neill.

O’Neill said that as part of the effort to determine if Rahami worked alone, investigators were going to pore over his networks, examining his friends, family, records, social media and phones.

Among the pieces being analyzed were video from New York and electronic toll records that showed a car Rahami had driven in the past traveled from New Jersey to Manhattan and back on Saturday, the Associated Press reported, citing officials who spoke on condition of anonymity because they were not authorized to discuss an ongoing case.

Prosecutors in New Jersey charged Rahami, a naturalized U.S. citizen and Afghanistan native, with five counts of attempted murder of a law enforcement officer. He is also expected to face federal charges. It was not clear Tuesday whether Rahami had an attorney.

On Tuesday morning, O’Neill said that Rahami was in “critical but stable” condition after being shot multiple times during the gun battle with police a day earlier. As a result, police have not been able to speak with him yet while he needed medical treatment, O’Neill said in an interview on “CBS This Morning.”

Rep. Albio Sires, D-N.J., said Monday in an interview on MSNBC that Rahami contacted his office in 2014 seeking help getting his wife over from Pakistan. Sires, who recalled Rahami as “kind of nasty,” said he believes Rahami’s wife did make it to the United States.

“At the time she was pregnant and in Pakistan they told her that she could not come over until she had the baby, because she had to get a visa for the baby,” said Sires, who said he has been briefed by the FBI about the bombing investigation.

Rahami had a daughter with a girlfriend, said Chris Konya, a high school classmate from New Jersey. Konya said the baby was born at the end of senior year or shortly thereafter, remembering that Rahami’s girlfriend “was very pregnant” by their senior prom.

Law enforcement officials said they believed Rahami was responsible for the bombing in New York’s Chelsea neighborhood Saturday night that wounded 29 and for a blast earlier that day along a scheduled race route in Seaside Park, N.J. No one was hurt in that incident, as racers had yet to pass the site.

The bombs used were somewhat different, which initially led to theories of possible separate plots. In Chelsea, federal officials said, the perpetrator used two pressure cookers filled with shrapnel and ball bearings – one exploded, and one did not. In Seaside Park, pipe bombs were deployed.

But as investigators reviewed surveillance footage and analyzed the bombs, they came to believe that the incidents were related.

They quietly zeroed in on Rahami, a 5-foot-6, 200-pound man whose family runs a fried-chicken joint in Elizabeth, N.J.

Sweeney said that Rahami was not previously on the FBI’s radar and that investigators were working to determine whether he was radicalized in some way or if there was some other motive.

Two federal officials said a fingerprint from part of a device that was recovered proved key to identifying him. Officials also said they obtained DNA evidence from the crime scene, with O’Neill describing it Tuesday as “a lot of forensic evidence.”

U.S. law enforcement and intelligence officials said that Rahami made several trips to Afghanistan and Pakistan between 2011 and 2014 and that they were trying to determine whether he was radicalized abroad. One senior intelligence official said he didn’t see any indication that was the case.

“I think this falls in the same category of what we’ve been worried about – the self radicalized individual,” the official said. It is unclear how he learned about bomb-making – maybe online as the Boston Marathon bombers did, the official said, “but there’s no information yet to indicate motivation.” One official said he was licensed to carry a firearm.

Authorities also said they were seeking to speak with two men they consider witnesses to the situation in Chelsea on Saturday night. Police say that after the explosion there, they found what turned out to be a second explosive device a few blocks away.

Video footage reviewed by investigators captured two men picking up a bag that contained the device, removing the pressure cooker and leaving with the bag, said Robert Boyce, chief of detectives for the New York police.

“We have no information that would link them to this at all. However, we still want to talk to them, obviously,” Boyce said Monday. “Once they picked up the bag, they seemed incredulous they had actually picked this up off the street – and they walked off with it.”

On the campaign trail, the Republican and Democratic presidential candidates seized on the incident to criticize each other. Democratic nominee Hillary Clinton said anti-Muslim rhetoric by GOP opponent Donald Trump was “giving aid and comfort” to the Islamic State. Trump said current anti-terrorism efforts are insufficient at home and abroad, and he blamed President Barack Obama and Clinton, who served as Obama’s first secretary of state. Trump also suggested that profiling may be necessary to counter the threat.

Authorities began to make their move on Rahami on Sunday night. Near the Verrazano-Narrows Bridge in Brooklyn, they stopped a vehicle that had been spotted at a location associated with Rahami and took five people into custody, Sweeney said.

Sunday night, at a train station not far from the Rahami home in Elizabeth, two homeless men found more explosives in a backpack, and in trying to render them safe, authorities inadvertently detonated one. No one was hurt. Federal law enforcement officials said they believe Rahami was responsible for that incident, too.

The FBI searched the Rahami family’s home, above the chicken restaurant, and, for the first time, broadcast the suspect’s name and picture publicly.

About 10:30 a.m. Monday, they caught a break. A businessman spotted someone who he thought was a vagrant sleeping at his doorway in Linden, N.J., and called police, said Linden Mayor Derek Armstead. An officer went to wake the man, and Rahami lifted his head.

The officer immediately recognized him from the “be on the lookout” alert that was distributed, Armstead said.

The mayor said that within seconds, Rahami had fired a shot and hit the officer in the abdomen, though the officer was spared more serious injury by a protective vest. The officer, Angel Padilla, returned fire, hitting Rahami in the shoulder and leg, Armstead said. He said another officer suffered a graze wound from a bullet that ricocheted off a car.

Bail for Rahami was set at $5.2 million by a state superior court judge.