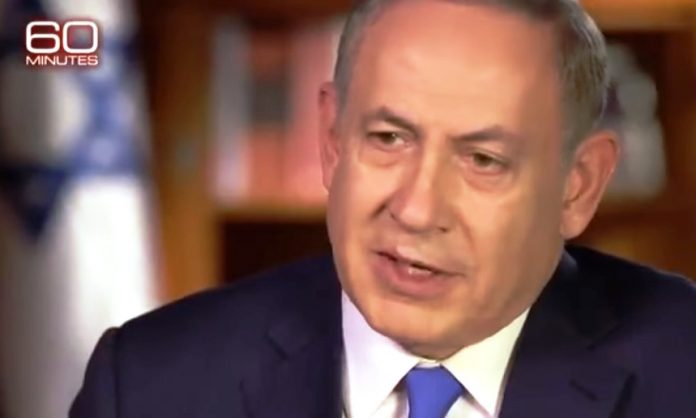 Israel on Thursday denied a report by Washington-based news site Politico claiming that it had placed cellphone surveillance devices in sensitive locations around Washington, including near the White House.

According to the report, which cited three anonymous former senior U.S. officials “with knowledge of the matter,” the equipment – devices that mimic cell towers, fooling cellphones into giving them their locations and identity information – was discovered some time ago.

However, Israel has faced no reprimand or consequences for the alleged action, with the report suggesting the violation has been downplayed due to the exceptionally close ties between President Donald Trump and Israeli Prime Minister Benjamin Netanyahu.

The report comes at a sensitive time, with Israelis returning to the polls next week for a second general election this year as Netanyahu fights to hold on to his office. It also comes in a week where Trump appears to be breaking ranks with the Israeli leader’s unwavering narrative on Iran, indicating at the possibility of meeting with Iranian President Hassan Rouhani.

Netanyahu has been fierce in his lobbying of Trump, urging him pull out of the controversial 2015 nuclear pact with Iran and consistently pushing the United States for increasing economic sanctions against its regional archenemy.

On Thursday, Netanyahu headed to Sochi, Russia, to meet with President Vladimir Putin.

“We are operating on several fronts, 360 degrees, in order to ensure the security of Israel in the face of the attempts of Iran and its proxies to attack us, and we are working against them,” the Israeli leader said upon his departure.

Following publication of the Politico report, Netanyahu called the claims “an absolute lie.”

“There is a longstanding commitment and a directive from the Israeli government not to engage in any intelligence operations in the U.S. This directive is strictly enforced without exception,” said a statement from Netanyahu’s bureau.

“Israel does not conduct any spy operations in the United States,” he said in a statement. “The U.S. and Israel share a lot of intelligence information and work together to prevent threats and strengthen the security of both countries.”

Amos Yadlin, a former head of Israeli military intelligence, wrote on Twitter that the report was “fake news with a spice of anti-Semitism.”

“Israel’s policy for decades has unequivocally banned spying in the United States. I find it very hard to believe that this policy has changed,” he wrote.

Charles Freilich, a former national security adviser in Israel and an analyst on U.S.-Israel relations also said the report was likely false.

“There are ‘dramatic’ reports of Israeli spying in the U.S. every few years, when someone in the administration does not like Israel or an Israeli policy and tries to use lingering American suspicions, ever since Jonathan Pollard, to sabotage the relationship,” he said. “This is pure nonsense, Israel learned its lesson the hard way with Pollard, and made a clear decision never to risk the relationship so severely again.”

Pollard was a former U.S. Navy analyst who was found guilty of spying for Israel in the 80s and spent three decades in jail. He was freed in 2015 by President Barack Obama, but his fate continues be a source of discomfort for Israelis, with the United States continuing to refuse his request to immigrate to Israel.

The full scope of Pollard’s activities have never been fully disclosed, but according to a letter written by then-Defense Secretary Caspar Weinberger to the presiding judge in the case, Pollard was described as one of the most damaging spies ever to operate in the United States.

However, unconfirmed accounts over the years suggest that Pollard was never recruited as a spy, but rather volunteered for the work after being introduced to an Israeli military officer in New York in 1984. He later told colleagues that he had been “cultivated” by the Mossad, Israel’s intelligence agency, to spy on the United States.

The belief is that while he worked at the Naval Intelligence Center for Counter Terrorism in Maryland, Pollard handed files to the Israelis, including documents relating to Arab troops, the Palestine Liberation Organization and chemical and biological warfare programs conducted by Iraq, Libya and Syria.