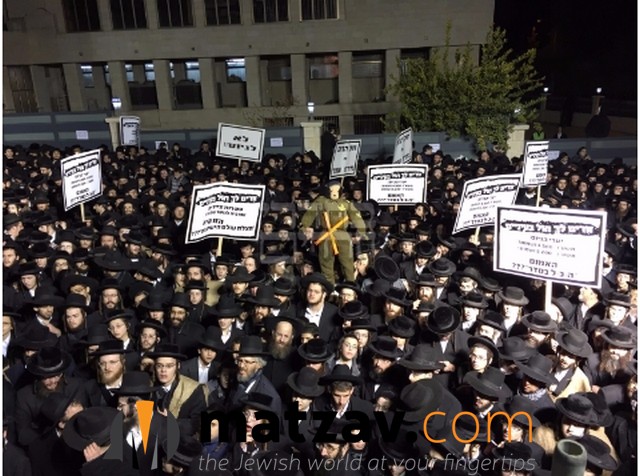 In an eight-to-one decision, the High Court of Justice on Tuesday struck down Knesset legislation from 2015 that was meant to delay efforts to increase the rate at which Charedi bochurim are drafted into the military.

The 2015 amendment to the Equal Service Law cancels a more aggressive 2014 law pushed by the centrist Yesh Atid party that sought to mandate more ultra-Orthodox youth to enter military service.

The dramatic ruling on Tuesday set a one-year deadline to implement a different framework for handling the ultra-Orthodox draft.

“This is a miserable and poor decision. It will be written in the list of terrible rulings in the history of the Jewish world. Judges of the Supreme Court have proved today that are not scared in any way to restrict Torah scholars in Israel, in order to hit the heart and soul of ultra-Orthodox Judaism, which are the holy yeshiva students whose Torah is their profession.

“We will not allow any power on earth to prevent from anyone studying Torah. It has been proven that any such move of coercion against Torah scholars, through the law or sanction it – is doomed to failure in advance. We will consult the Gedolei Yisroel, who will lead to change the draconian decision of the Supreme Court justices, who do not understand the nature and importance of the study of Torah among Klal Yisroel for eternity.”

Other Chareidi MKs have released similar statements. Read more at Times of Israel.