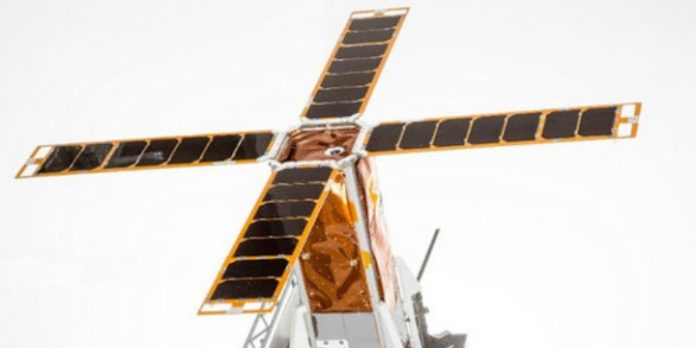 The Israel Space Agency announced on Wednesday that it plans to launch an unprecedented group of nanosatellites in a coordinated formation at the end of 2018.

The expected launch, which will be carried out by Netherlands-based Innovative Solutions in Space using an Indian-made Polar Satellite Launch Vehicle, is a joint venture between the Israel Space Agency and Technion – Israel Institute of Technology. The Israeli firms Rafael Advanced Defense Systems and Israel Aerospace Industries were also involved in the project, providing propulsion systems, a digital receptor and a navigation system.

Researchers hope that the launch will prove that nanosatellites can maintain their flight formation for an entire year while orbiting the Earth at an altitude of 373 miles.

“Satellite miniaturization together with advanced Israeli technology will enable us to take Israel an important step forward in the field of nanosatellites,” said Pini Gurfil, director of the Asher Space Research Institute at Technion.

“If we manage to prove in space that flying in formation is possible, it will be a major boost for the development of small satellites and technologies related to the miniaturization of electronic components, for efficient space processing and for space propulsion systems,” he added. “The degree of innovation here can be compared to switching from a PC to a laptop and then to a mobile phone, which offers far more capabilities than its predecessors.”

Last August, the Israel Space Agency launched Venus, a micro-satellite weighing 550 pounds that was jointly designed by Israeli and French aerospace firms for the purpose of monitoring climate change.

Preceding the launch of Venus, Israel launched its first nanosatellite, BGUSAT, last February as part of an academic initiative by Ben-Gurion University of the Negev that enables researchers to study climate change as well as agricultural and other scientific phenomena.

Israel is the smallest country in the world to launch its own satellites, and is also one of only 11 nations with the ability to independently launch unmanned missions into space.