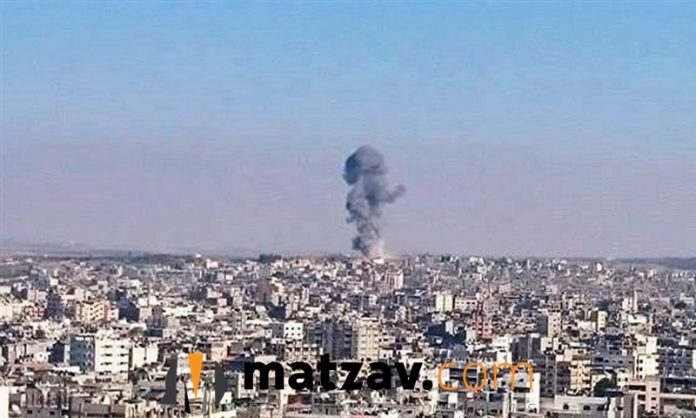 Israel‘s military said on Friday it was investigating “harm caused to civilians” from an air strike it carried out in Gaza that Palestinian medics said killed eight members of one family including five children.

It was the deadliest incident in two days of hostilities between Israel and the Palestinian terrorist group Islamic Jihad in the Gaza Strip earlier this week.

Islamic Jihad and Israel declared a halt to fighting across Gaza on Thursday but a lasting ceasefire appeared tenuous as they differed on terms.

The flare-up was triggered by Israel’s killing early Tuesday morning of Iran-backed Islamic Jihad’s top Gaza commander, having deemed him an imminent threat. Islamic Jihad responded with a barrage of hundreds of rockets into Israel, forcing entire communities to take shelter. Dozens of Israelis were injured, but there were no reports of fatalities.

On Thursday, in the final hours before the Egypt-mediated truce took hold, residents and medical workers said an Israeli missile struck and destroyed a house in Dir al-Balah, killing eight of the family members inside.

An Israeli military spokeswoman said on Friday that Israeli forces had hit what she described as an “Islamic Jihad military infrastructure” in the central Gaza town on Thursday morning.

“According to the information available to the IDF [Israel Defense Forces] at the time of the strike, no civilians were expected to be harmed as a result of the strike,” she said.

She added: “The IDF is investigating the harm caused to civilians by the strike.”

In the hours after the attack relatives and nearby residents said that all the dead were civilians. However, Israeli military spokesman Lt. Col. Avichay Adraee said Rasmi Abu Malhous, the head of the family and among the dead, was the commander of Islamic Jihad rocket crews in central Gaza.