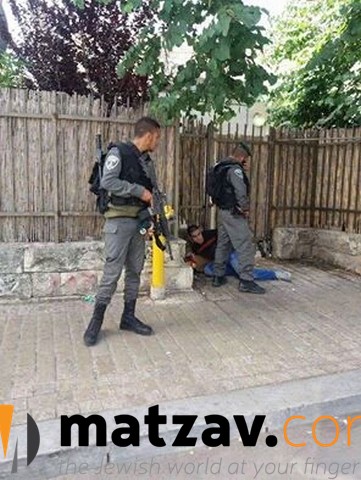 Israel’s state prosecutor’s office in Yerushalayim has filed a precedent-setting lawsuit against the estate of a Palestinian resident of East Jerusalem seven months after the man carried out a car-ramming attack that left four Israelis dead.

Fadi al-Qanbar, 28, drove his truck into a group of Israeli army cadets participating in an educational tour of Yerushalayim last January. Four soldiers, three women and one man, were killed in the attack, and he was shot to death by a vigilant civilian.

Now, the Jerusalem District Prosecutor’s Office is seeking compensation from Qanbar’s wife and his four young children, heirs to his estate, for burial costs, such as headstones, loss of earnings and pension benefits it laid out for the victims. The total could be as high as $2.3 million.

The lawsuit is likely to be the first in several cases brought by the state against the families of Palestinian attackers.