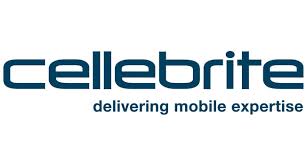 The U.S. government’s announcement Monday that it hacked into the San Bernardino terrorist’s iPhone ended the FBI’s legal feud with Apple. But while many observers thought the incident left both the FBI and Apple looking foolish, there does appear to be a winner emerging from the case, reports FORTUNE.

Shares of Suncorp, a Japanese technology company traded on the Tokyo stock exchange, soared 17% on Tuesday following the government’s court declaration that it “successfully accessed the data stored on [Syed] Farook’s iPhone.” In all, Suncorp’s shares have more than doubled in the six weeks since February 16, when Apple published its letter refusing to help the FBI.

Suncorp, which specializes in mobile data transfer as well as equipment for a popular Japanese pinball-like game called pachinko, owns Cellebrite, the Israel-based company that reportedly helped the FBI crack the iPhone.

Suncorp’s shares started rising last month, and really took off after the government said last Wednesday that an “outside party” had demonstrated “a possible method for unlocking” the iPhone. An Israeli newspaper quickly identified the unnamed company as Cellebrite, a government contractor that makes a mobile forensic device for extracting and decoding data from smartphones and tablets. Since then, Suncorp’s stock has risen nearly 40%, while Japan’s Nikkei 225 stock market index has been basically flat, and fell slightly on Tuesday.

The odd thing about the company’s dramatic stock rise is that neither the FBI nor Suncorp has confirmed the company was involved in unlocking the phone. In fact, the FBI has said very little so far about how it might have cracked the iPhone. Read more at FORTUNE.