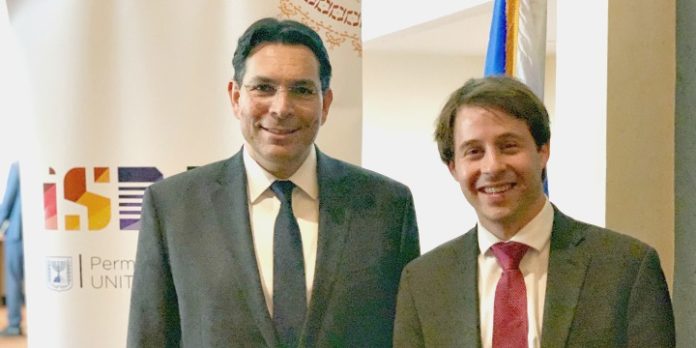 In another encouraging sign of Israel’s growing integration into the United Nations system, an Israeli diplomat was on Thursday appointed as Special Rapporteur of the global body’s budgeting and administration committee.

A statement from the Israeli mission to the UN in New York announced that Yaron Wax was chosen to serve as Rapporteur of the Fifth Committee and representative of Western European and Others Group (WEOG) of the UN during the upcoming 74th General Assembly.

“Israel is a prominent member of the Committee and active in the development and provision of medical assistance to UN peacekeepers,” the statement said.

“The appointment comes after the historic precedent set by Israeli Ambassador Danny Danon, when he was elected in 2016 to serve as Chairman of the UN Legal Committee, becoming the first Israeli to head a UN permanent committee,” it continued.

Amb. Danon congratulated Wax, saying “Yaron’s election to the senior position joins the many achievements we have reached in recent years and demonstrates an expression of trust in Israel from dozens of countries around the world.”