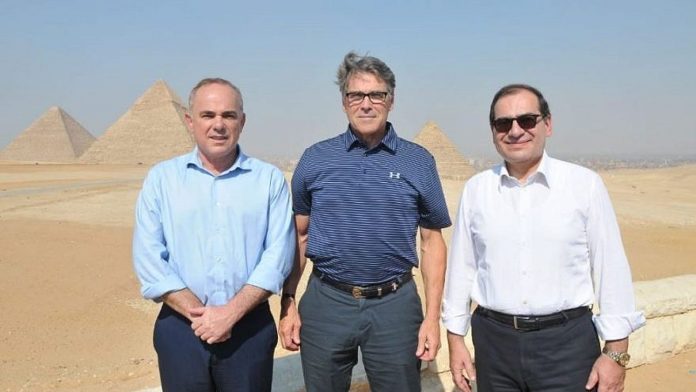 Israeli Energy Minister Yuval Steinitz took part in a forum on natural gas in Cairo on Thursday, during which he met with regional counterparts and Egyptian President Abdel Fattah El-Sisi.

Steinitz told El-Sisi that the world needed to appreciate the Egyptian leader’s contribution to stability in country, which he said was vital to the region.

Within the framework of the forum, Steinitz also met with Egyptian Energy Minister Tariq al-Mulla to discuss additional initiatives for cooperation once Israel begins to export gas to Egypt later this year.

The two also discussed the possibility of laying down additional pipelines for the transfer of natural gas between the countries, cooperation on exporting gas to the Far East, as well as additional steps to promote the regional forum, a joint initiative of Steinitz and al-Mulla.

Ahead of the forum, al-Mulla and Steinitz took part in a tripartite meeting with U.S. Energy Minister Rick Perry and also toured the Giza pyramids.