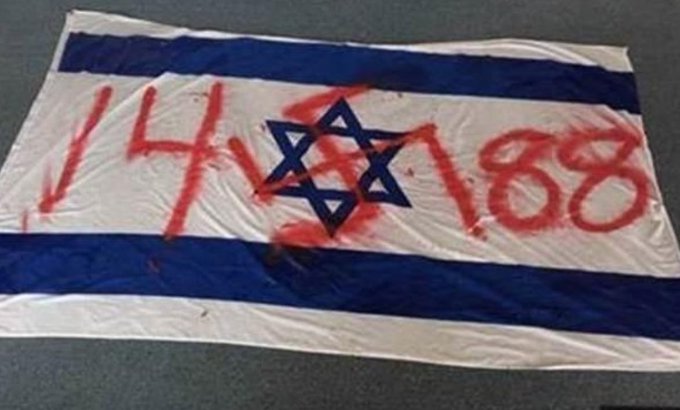 A vandalized Israeli flag defaced with symbols of anti-Jewish hate was found last week on the premises of a synagogue in Cape Code, Massachusetts, local media reported.

According to the Cape Cod Times, Elias Lieberman, the rabbi at the Falmouth Jewish Congregation, found an Israeli flag with a swastika and the numbers 14 and 88 scrawled on it.

The so-called “Fourteen Words” refers to a White nationalist slogan, while 88 in this instance is a code for “Heil Hitler.”

Lieberman was quoted by the Cape Cod Times as saying that “this should be a wake-up call for everyone who lives on Cape Cod. The Cape is not the picture-perfect postcard people like to think it is, or for that matter, any place in the country.”