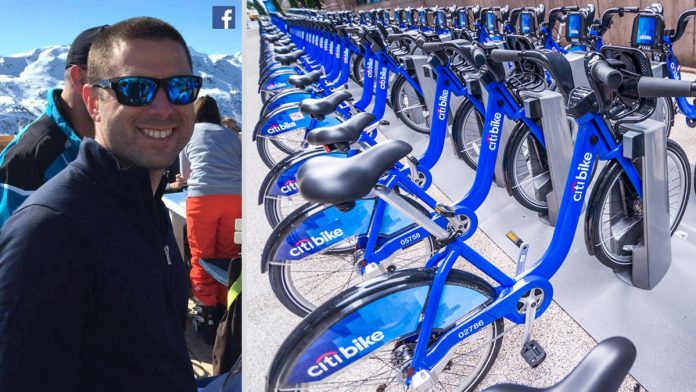 Dan Hanegby, 36, of Brooklyn Heights was riding on West 26th Street near Eighth Avenue in between a coach bus and a parked car when he lost control of the bike and fell to the ground at around 8:20 a.m.,police sources said.

Hanegby, a married father of two who a staff sergeant in the Israel Defense Forces and who was the number ranking tennis player in Israel from the age of 16 to 18, was then struck by the bus, sources said.