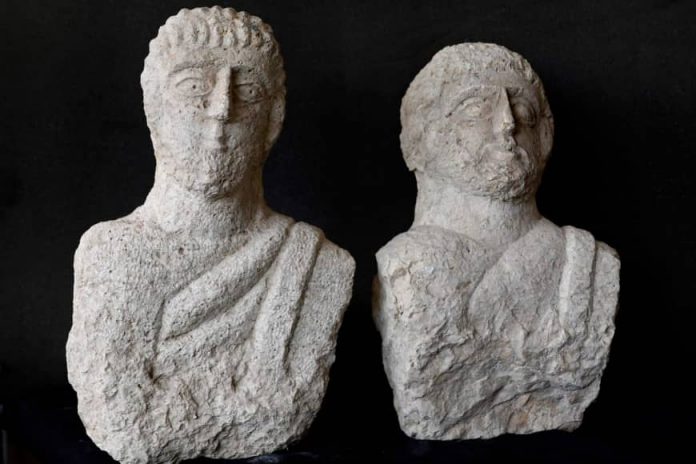 An Israeli woman walking near ancient ruins noticed a head sticking out of the ground, leading to the uncovering of two Roman-era busts, archaeologists said Sunday.

The life-size sculptures, carved in limestone, were found in the northern city of Beit Shean earlier this month, with the Israel Antiquities Authority dating them to the late Roman period, some 1,700 years ago.

The well-preserved busts are of men, one of them bearded, sculpted in the Oriental style that was becoming fashionable at the end of the Roman period, according to Eitan Klein, deputy head of the IAA’s theft prevention unit. The area was a major city during the Hellenistic, Roman, and Byzantine periods.