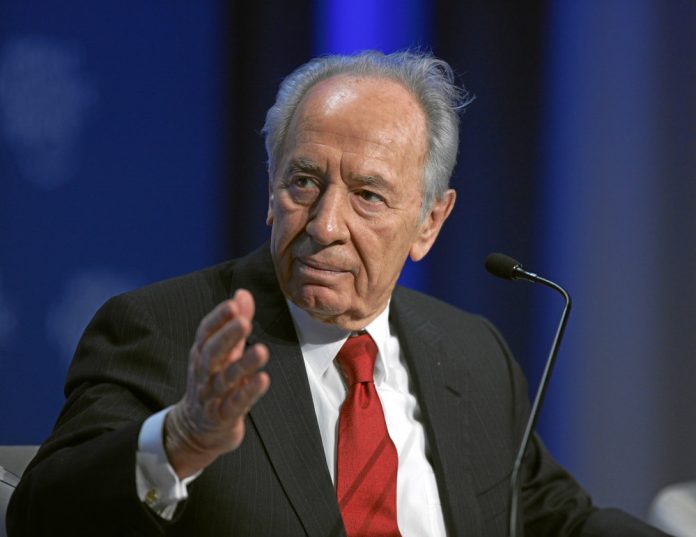 Israel’s nuclear research facility in Dimona will be named to honor the memory of former President Shimon Peres.

On Friday, the tombstone of the Israeli leader was unveiled at a service held at Jerusalem’s Mount Herzl national cemetery and attended by 1,800 people, including Prime Minister Bibi Netanyahu, President Reuven Rivlin, the Peres family and other public figures.

Speaking at the service, Netanyahu said the decision to name the nuclear facility to honor Peres was made almost immediately.

“Before I even asked, the Israel Atomic Energy Commission decided to name the Nuclear Research Center in Dimona for Shimon Peres,” Netanyahu said. “He walked among us as a beacon of knowledge and curiosity, with shining eyes filled with hopes and dreams. He left us one instruction: Establish a state that would not shame our children nor disappoint our grandchildren. We will do everything, dear Shimon, to make that happen.”

At the request of Peres’s family, the tombstone includes a passage from the Book of Isaiah as well as a quote by Israel’s first Prime Minister David Ben-Gurion. JNS.ORG