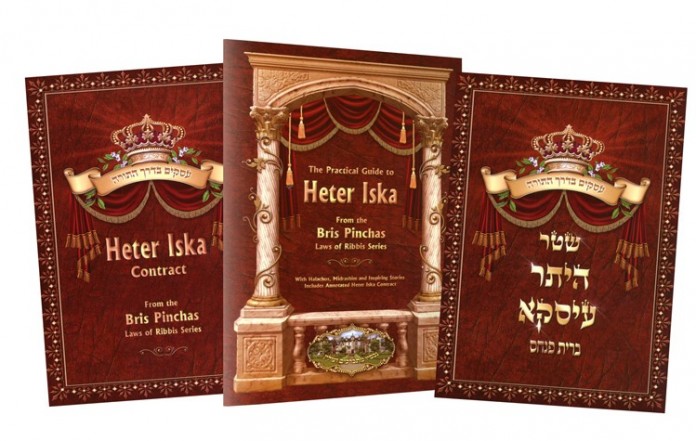 On Tuesday, for the first time, the Israeli Securities Authority published a staff position regarding the “Heter Iska” (literally meaning exemption contract, which is an halachic method of evading the anti-usury laws) on bonds investments, allowing the  “Heter Iska” agreement existence in order to allow the frum public to purchase bonds without having the problem of interest.

This is the ISA’s first reply to the subject since its establishment 50 years ago.

According to the ISA’s position, signed by Meir Levin Esq. and Accountant Jacob Yudkevic Esq, companies will be able to allow bond buyers who wish to contact them directly via a “Heter Iska” document, to do so, thus allowing them to avoid the risk of interest on the one hand, without effecting other investors who don’t wish to do so on the other.

“The staff is hereby announcing that on his part, there is no reason for a corporation to not offer holders the option to contact them via a separate agreement as mentioned and is free to do so with any holder it wished to. Provided that the separate agreement states that it is valid only with respect to the holders who have contacted the company by it and in regards to the duration of owning the bonds and that its implementation will be done directly between said holders and the corporation, without requiring the intervention of the holders’ trustee”, the document stated. The ISA added that the solution published is not designed to suppress or cripple the validity of other solutions implemented today by certain companies.

As a practical suggestion for the implementation of its’ position in the bonds of many companies, the ISA suggests that a designated website will be setup, through which Bond investors will be able to receive a single company’s Bond “Heter Iska” agreement or for the Bonds of many companies who wish to take part in it.

According to the “Heter Iska,” originally found in papers dating back as far as the days of the Rishonim, the borrower and the lender agree among themselves that half of the amount will be used as an interest-free loan and that the other half as a deposit for a shared investment carrying a high minimum return rate. The permit document includes rigorous rules for proving lose, which include a harsh oath, in order to avoid a situation in which the lender looses its money in case the deal for which the loan was given, fails.

The ISA sought to thank the Chairman of the Knesset’s Finance committee, MK Moshe Gafni, for his assistance in promoting the position published today. In light of the publishment, Gafni said that “This is a significant and important step by the ISA on behalf of the investors, to make all investors from all groups of the population, to be capable of acting without halachic hesitation.”