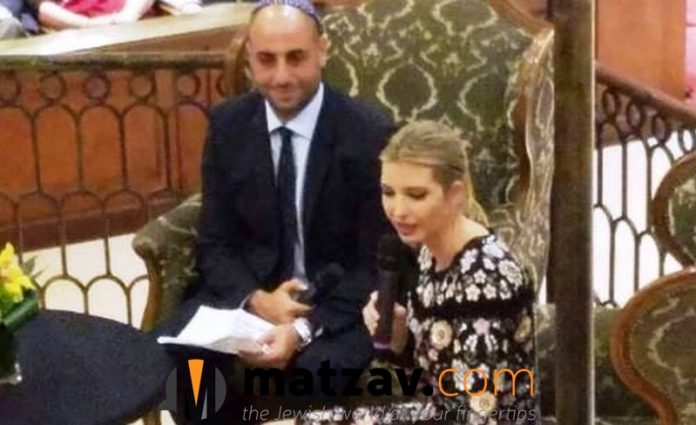 Ivanka Trump on Sunday delivered a speech promoting female empowerment to a small group of Saudi women. Speaking in a country notorious for its repressive policies against women—including male guardianship laws and a ban on women drivers—Ivanka Trump said Saudi Arabia’s “progress, especially in recent years, is very encouraging.” “But there’s still a lot of work to be done,” she said.

Presenting herself as a “female leader within the Trump administration,” she said her goal is to “help empower women in the United States and around the globe.”

Ivanka Trump’s comments came on the second day of President Trump’s visit to the Saudi kingdom, and at the time of her speech, the president himself had yet to broach the subject of human rights in the country. A day earlier, Secretary of State Rex Tillerson declined to comment on a question about whether U.S. officials had discussed the issue of human rights with their Saudi counterparts, the Washington Post reported. Despite Tillerson’s silence on the issue, the State Department has singled Saudi Arabia out for “restrictions on universal rights” and “pervasive gender discrimination” in its most recent report on human rights throughout the world. Read more at THE WASHINGTON POST.