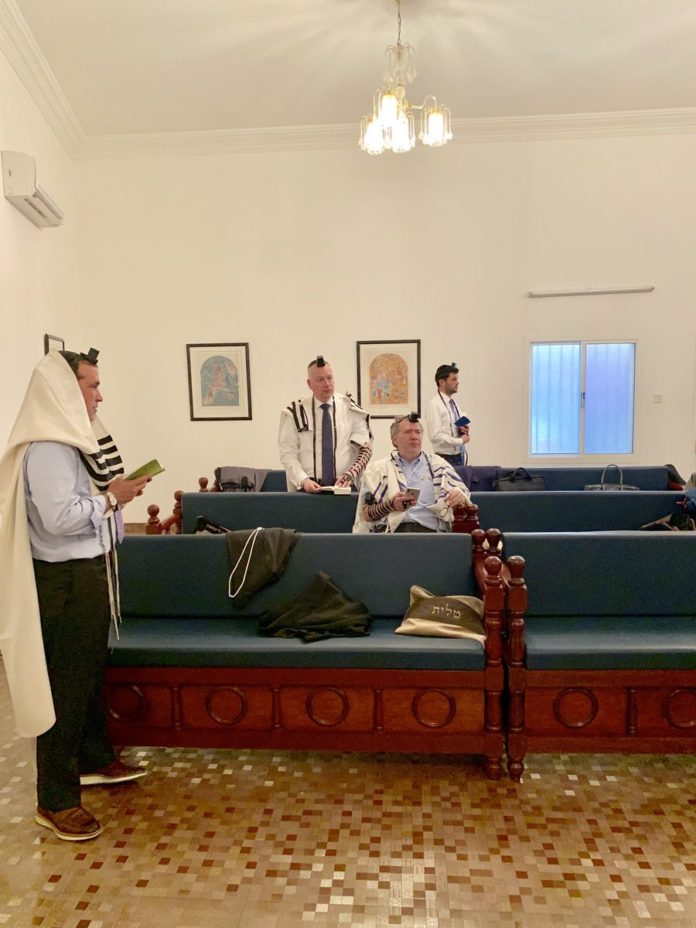 President Donald Trump’s special adviser on Mideast negotiations Jason Greenblatt took part in a rare group prayer with American rabbis and members of Bahrain’s tiny Jewish community on Wednesday morning at the at the Gulf Kingdom’s only synagogue.

Bahrain’s tiny Jewish community totals approximately 34 people, making it one of the smallest in the world.  As such, minyanim are very rare to find in the Bahrain Synagogue in Manama — the only Jewish shul in the Gulf Kingdom. The minyan was held on the sidelines of the US-led “Peace to Prosperity” economic conference towards Mideast peace in Manama.

“This is an example of the future we can all build together,” Greenblatt wrote on Twitter, adding that he prayed for his family “and of course for peace.”